The Funk & Soul Show goes live for what is now considered one of Manchester’s biggest and friendliest club nights featuring a full live set by the mighty Smoove & Turrell followed by DJ, actor and funkster about town Craig Charles manning the decks until 3am. 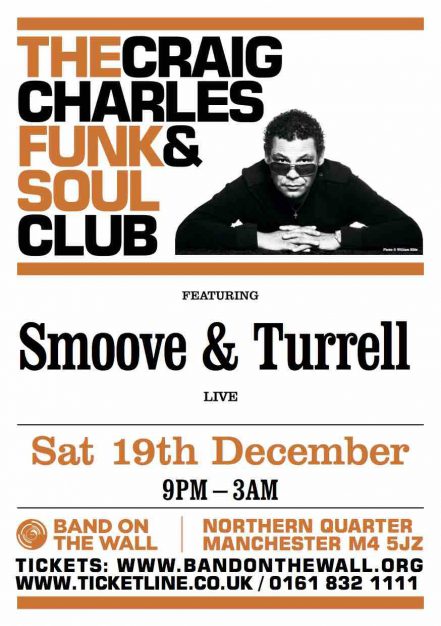