Band on the Wall presents Cory Henry, The Revival Project. As well as being a member of Grammy Award-winning collective Snarky Puppy, Cory is an in-demand, multi-instrumentalist and producer, long-term member of Snarky Puppy and an artist who has worked with innumerable high-profile musicians such as Kenny Garrett, Bruce Springsteen, Robert Glasper and The Roots.

The Revival, his latest release and touring project, showcases Henry’s deep musical roots in gospel, jazz and soul. Although The Revival setlist draws from a well-known canon (from old gospels to Stevie Wonder), Henry stretches and pulls, driving the songs into unfamiliar territory and coming up with altogether new takes. “I play these songs pretty often, but I turn on to different aspects — it can be different from night to night,” he says. “It’s like my version of Art Tatum: he has many records with similar songs, but each record is different. He improvs them differently. I’m taking that approach.”

Working off his instrument of choice — the Hammond B-3 organ — Henry’s improvisation is on full display: at times playful, soulful and powerful, nodding to musical influences but greatly expanding on the sound. He seems to capture the breadth of the jazz and gospel idioms and produce something altogether new. 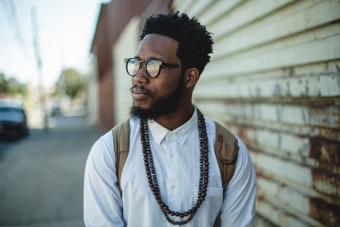