Exploding from the South Coast of New South Wales, Australia, CLEWS is the cultivation of two unique creative minds and upbringings featuring sisters Lily and Grace Richardson. The two Mollymook natives were born and raised on the anthemic ballads of the ‘90s. Now based in Sydney, the girls are singing big choruses and writing songs that will make your heart explode. Singing together since they could walk, the siblings have always been making art together with their musical journey reaching back to early childhood, when they tagged along with their parents as their dad toured America with his Celtic-rock band Brother. The experience seeped into Grace and Lily’s DNA. “We had a full rock’n’roll childhood,” smiles Lily.

Having wowed audiences around Australia with their explosive live show and enjoyed heavy rotation on triple j with singles such as “Crushed” and “Museum”, Sydney sister duo CLEWS return with their latest melody-drenched masterpiece, “Hollywood”.
As with their previous singles, “Hollywood” pits the honeyed harmonies of sisters Lily and Grace Richardson against an intoxicating melange of candied grunge and pop.

After dropping jaws all over the country on the live circuit, touring with the likes of Portugal. The Man, Albert Hammond Jr. (The Strokes), Ocean Alley, Holy Holy and LAUREL, CLEWS then announced and consequentially sold out their debut national headline tour in a flash after playing some of the country’s premiere festivals to top it all off.

Not only do Grace and Lily belong onstage, but they’ve learned how to command it. And with the release of latest single “Hollywood” – which once again highlights CLEWS’ dizzying vocal harmonising and explosive, guitar- driven, melody-drenched choruses. – it’s clear CLEWS’ is mirroring the confidence they’ve found in the live arena. 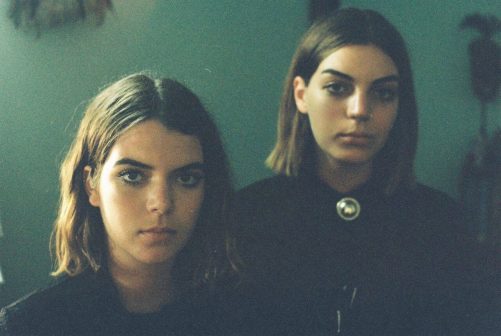