Shamal Wind combines Chip Wickham’s globetrotting, spiritual jazz expeditions with hard-won schoolings in the funk. On this new album, the sax, flute player and producer’s second long-player for Madrid-based imprint Lovemonk, Chip continues the rapid ascent, which started, with his debut, La Sombra, in 2017. Chip spent his formative years in Manchester’s close-knit jazz scene from the early ‘90s and now, after years in Madrid, divides his time between the UK, Spain and Doha having undertaken a momentous life-changing experience upending his whole outlook on life and music.

Recorded across a week in Madrid last July, he brought in special guest Matthew Halsall and a band – made up of both Spanish players, and UK musicians based in Spain – who were part of the same soul-jazz-influenced circle he helped cultivate while based there. The record nods to spiritual jazz influences like Yusef Lateef, and rests on Chip’s many-sided experience as a musician: he’s played with Nightmares On Wax, Dwight Trible and been chosen to be part of the Craig Charles Fantasy Funk Band, spanning trip-hop experiments to heavy-hitting funk heavyweights. 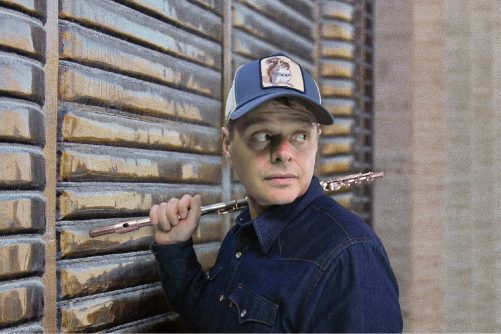