Hailing from San Francisco, Charlie Hunter is one of the most exciting jazz guitarists working today, and one whose style is genuinely unique. Playing a custom-made Novax eight-string guitar featuring special frets and separate signals for its guitar and bass portions, Hunter picks bass notes with his right thumb while fretting them with his left index finger (while at the same time fingerpicking guitar chords), an incredibly complex technique that achieves the real sound of two-for-one and leaves audiences stunned.

Hunter’s primary influences are jazz great Joe Pass and the fluid Tuck Andress, both six-string guitarists adept at blending bass notes into standard guitar melodies to make themselves sound like two musicians at once.

Charlie was a member of T.J. Kirk in the mid-’90s, who played work by Thelonious Monk, James Brown, and Rahsaan Roland Kirk. T.J. Kirk released a self-titled 1995 debut and the 1996 follow-up, If Four Was One, before disbanding. Hunter took drummer Scott Amendola with him for his next project, an ambitious instrumental remake of Bob Marley’s Natty Dread album in its entirety.

His 2001 Blue Note album ‘Songs from the Analog Playground’ saw him collaborate with vocalists for the first time, ranging from labelmates Norah Jones and Kurt Elling to Mos Def.

He began self-releasing in 2008 with ‘Baboon Strength’ by his trio, and followed it in 2010 with ‘Gentlemen, I Neglected to Inform You You Will Not Be Getting Paid’, featuring a band that swapped keyboards for a three-piece horn section. Ever restless, Hunter collaborated on a series of duet albums over the next few years. The first two, in 2012 and 2013, were reunions with drummer Amendola and titled, respectively, ‘Not Getting Behind Is the New Getting Ahead’ and ‘Pucker’. The sounds the pair engaged ranged from soul-jazz to blues and funk. On 2014’s Dionne Dionne, he worked with former Arrested Development guitarist Dionne Farris on a series of cover songs associated with Dionne Warwick.

2016, saw the release of his quartet album ‘Everybody Has a Plan Until They Get Punched in the Mouth’.

“The arrangements lock in, offering many twists and turns, but never leave the groove behind….All killer, no filler.” – All Music Guide 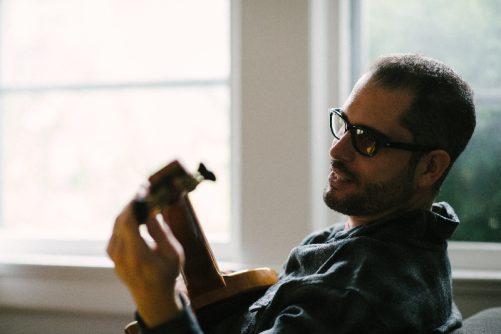