To celebrate the 50th Anniversary of Jamaican Independence, Jazz Jamaica All Stars and the Urban Soul Orchestra, with special guest Brinsley Forde (Aswad) have created a sensational new orchestral interpretation of Bob Marley and the Wailers’ groundbreaking and iconic album. Originally released in 1973, Catch A Fire announced the arrival of Jamaica’s first global superstar, and this melodic, dynamic and heart-lifting musical tribute makes the flames burn even brighter. At the very heart of the Lively Up! Festival celebrating the 50th anniversary of Jamaican independence, make sure that you Catch A Fire while you can – it’ll move your soul and move your feet too!

“If this tour was an album, it would be a collector’s item!” 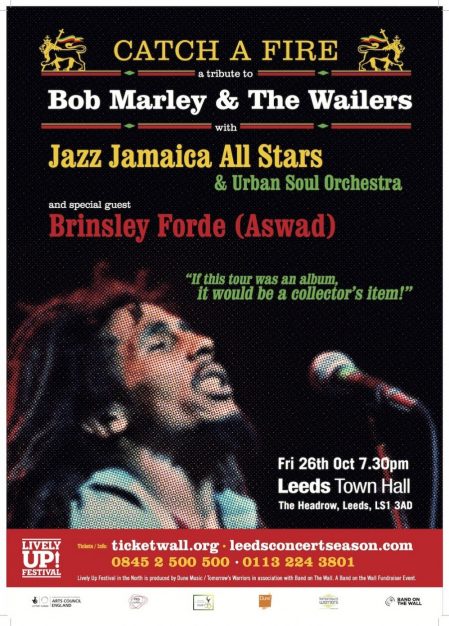