From England, Ireland and Scotland, three musicians met in Manchester in the winter of 2016. A few weeks later Café Spice was formed on a wet and windy night in a curry house on the outskirts of Glasgow (a story for another time). Made up of Georgia Gage (Scotland), Niamh Feeney (Ireland) and Eleanor Lang (The North), Café Spice are a trio who create heavenly and Autumnal vocal harmonies reminiscent of the Mamas & Papas whilst also sitting with the effortlessly sublime indie-folk of contemporaries such as The Staves or HAIM.

2019 has been a good year for the trio. Fresh off the back of their first two singles, they’ve been travelling up and down the country in Niamh’s tiny car playing gigs in a myriad of venues and places. Fresh off the back of their third single, ‘Open Door’, they have recently performed at Sligo Live in Ireland. With the new addition of their drummer, Café Spice are shaping up to be the ultimate girl band of their childhood dreams.

“If this song was a food it would be silky, viscous and rich golden honey poured over melted butter, probably from Waitrose.”
Tom Robinson’s Fresh on the Net, 2018

Camilla Sky is a Norwegian UK based singer/songwriter of indie folk, for the occasion performing as a solo act. Her music is often referred to as ethereal or picturesque and the intimacy of the shared musical moment between herself and her audience is always at the forefront of the performance. Camilla is currently co-producing her own upcoming material, aiming for release in 2020.

“The room was quiet and so she began. Within about 5 seconds, the quiet room became a silent room, I remember the whirr of the ceiling fan, it was that silent.” 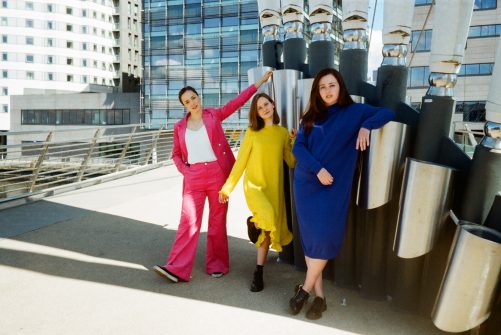