For Briston Maroney, it’s been a journey to arrive at the current moment. A mental, physical, emotional, and musical one. But it’s left him equipped: not only with a deep understanding of self, discovered through life’s trials and errors, but just as important, with a piece of art that reflects his personal growth. Sunflower, Maroney’s debut album, is the culmination of the past decade of the now-22-year old’s life. “It’s all of the things I’ve been stoked about since I was 12 coming together,” the wise-beyond-his-years, Nashville-based singer-songwriter says with a laugh of his striking album. “It’s been a literal and physical relationship with the record as far as coming to a point where I understand what parts of me it represents, what it means to me as a person and what it means for my entire life.”

Recorded between the summer of 2019 and early 2020 in LA with acclaimed producer John Congleton, Sunflower is “definitely a milestone,” Maroney admits. “I’d be lying to say I didn’t feel a little bit of that. And why not let yourself enjoy it?” It’s also a gut-punch of fuzzy power chords (“Sinkin”) and genteel acoustics (“Cinnamon”); deftly-composed pop songs (“Freeway”) and hard-charging rockers (“Rollercoaster”). “I put all of myself into it,” Maroney adds of the 10-track LP. In retrospect, he adds, “I definitely have this sense of calmness now. I did what I was capable of doing and I’m just glad I was around my friends and my people to help me get to this point.” 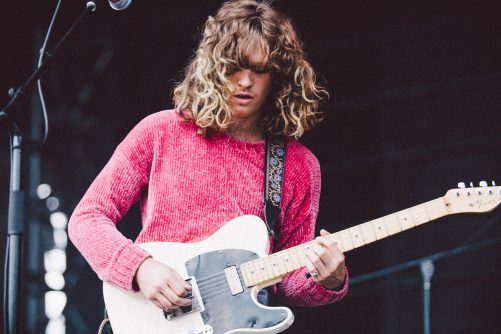