Bill Evans is a world renowned saxophonist and producer who made his debut on the international music scene in the 1980s originally with Miles Davis, (at the age of 21 years old and recorded 6 records with Davis) which led to playing with the likes of John McLaughlin, Herbie Hancock, Mick Jagger and Willie Nelson to name a few.

With 24 solo albums, Grammy nods, and countless collaborations and tours, Evans has continued to explore a dazzling variety of adventurous musical settings as a pioneering bandleader, consistently winning fans in the worldwide arena. Recent highlights include touring and performing with his own group, the Bill Evans Band, as well as Warren Haynes, Robben Ford, Phil Lesh & Friends, The Stern/Evans Band, Medeski Martin & Wood, and countless sit-ins with The Allman Brothers Band, Umphrey’s Mcgee, Moe, Blues Traveler, Galactic and more. 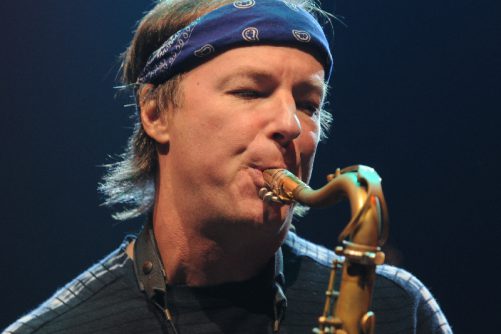