Band on the Wall Film Club screens the Manchester premiere of Industrial Soundtrack For The Urban Decay Q&A with directors Amélie Ravalec and Travis Collins.

Since its inception in the late 70’s, Industrial music has come a long way from its origins as an obscure, extreme and taboo movement of passionate and creative DIY artists and musicians. Whether factory workers, students or unemployed, industrial music pioneers were all educated, artistically minded and politically aware artists who started with little to no musical background and went on to inexorably alter the course of popular music; this fast moving documentary explores their stories and charts the evolution of a scene that started as counter culture rejection of major labels, mass media and popular culture but soon began to influence and infiltrate all of these spaces.

Industrial Soundtrack For The Urban Decay // Official Trailer from Amélie Ravalec on Vimeo. 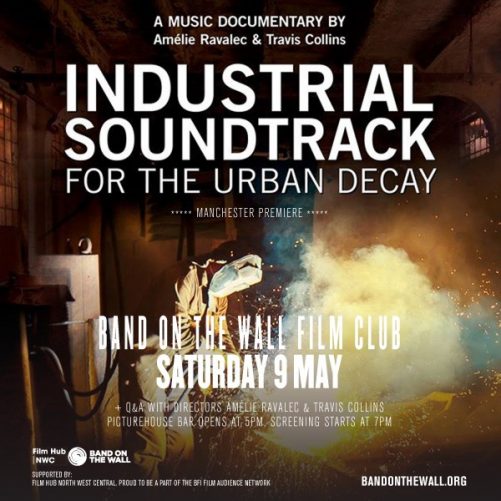