*Please note this show has been rescheduled from 14th September 2019, all original tickets remain valid*

Awesome Tapes from Africa takes over the Band on the Wall dancefloor!

In 2006, Brian Shimkovitz set up a blog to showcase the wealth of music that had enraptured his mind on his travels around Africa. He gained a fervent interest in buying up tapes of varying genres from all corners of the continent, sparked initially by his time studying highlife music in Ghana.​

Initially a fairly simple blog, with roughly scanned tape covers and an accompanying stream, Awesome Tapes From Africa has amassed a huge following, with Brian DJing around the world and re-releasing choice records. Proceeds from releases are split evenly with the artists – the search for some of which makes interesting reading! Artists such as Ata Kak and Hailu Mergia have also gone on to start touring the world again following releases on the label. ​

We could probably write all day about how much we love the music he has managed to share to such a wide audience, and we can’t wait for him to return to Manchester armed with a crate of the finest highlife, disco, funk, soul, pop, kwaito and loads more.

This is a standing show. Presented by Banana Hill. 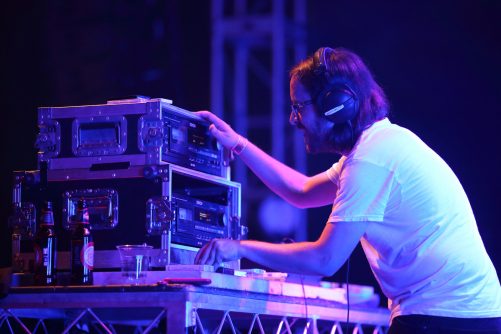