Trumpeter Avishai Cohen and his band perform live at Band on the Wall.

A year after his impressionistic, award-winning and critically-lauded ECM debut Into The Silence, Avishai Cohen’s Cross My Palm With Silver (May 5th, 2017) introduces a programme of new pieces which put the focus on the ensemble, on teamwork, with an exceptional quartet featuring Yonathan Avishai (piano), Barak Mori (bass) and Ziv Ravitz (drums). The adroit interplay among the musicians allows Avishai Cohen to soar, making it clear why the pure-toned trumpeter is one of the most talked-about jazz musicians on the contemporary scene.

The trumpeter began performing in public in 1988 at age 10, playing his first solos with a big band and eventually touring with the Young Israeli Philharmonic Orchestra to perform under the likes of maestros Zubin Mehta, Kurt Masur and Kent Nagano. Having worked with Israeli folk and pop artists in his native country and appeared on television early on, Cohen arrived as an experienced professional musician when he took up a full scholarship at Berklee College of Music in Boston. In 1997, the young musician established an international reputation by placing third in the Thelonious Monk Jazz Trumpet Competition. Avishai came of age as a jazz player as part of the fertile scene at the club Smalls in New York’s West Village.

Cohen first recorded for ECM as part of saxophonist Mark Turner’s quartet on Lathe of Heaven, released in September 2014. The trumpeter has performed at the Village Vanguard and beyond with Turner, as well as widely in a band led by pianist Kenny Werner. Cohen has played often in the Mingus Big Band and Mingus Dynasty ensemble, and he has lent his horn to recordings by Anat Cohen, Yuval Cohen and keyboardist Jason Lindner, along with collaborating on stage with French-Israeli pop singer Keren Ann, the Red Hot Chili Peppers, and Indian Tabla Master Zakir Hussain. In addition to performing, Cohen was named the Artistic Director of the International Jerusalem Festival in 2015.

As with Into The Silence, Cross My Palm With Silver was produced by Manfred Eicher at Studios La Buissonne in the south of France. It was released on the eve of a European tour, with concerts in France, Italy, Spain, Luxembourg, Great Britain, Switzerland, Germany and the Netherlands, and followed by a worldwide tour in the Fall of 2017. 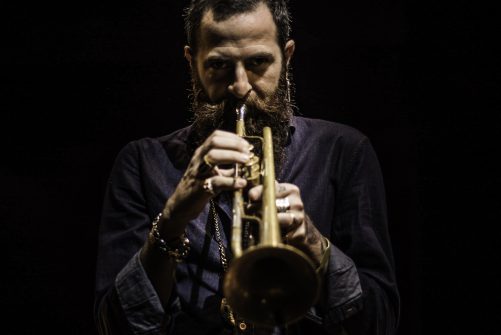