Asian Dub Foundation celebrate cult film “La Haine” with an exclusive live soundtrack set. This incredible live show brings on stage a reinterpretation of the original soundtrack played by the band while the film plays in the background, for a unique and powerful journey between music and frames.
Steve Chandra, Dr Das and Brian Fairbairn are respectively guitar, bass and drums of legendary Asian Dub Foundation, a band that has always been politically and socially involved; on their most-critically acclaimed album, “Enemy of the Enemy”, there’s a song inspired by the film La Haine, which reflects how deep their commitment is to this project.

Released in 1995, La Haine stars Vincent Cassel and describes the tension in the suburbs of Paris after the killing of a man by French Police. The rawness has made it a cult classic, reaching no. 32 in Empire Magazine’s Best 100 Films of World Cinema.

“The film starts to roll with images of Paris burning, looting and rioters beaten by police, its soundtrack, played live by Asian Dub Foundation, throbbing through the hall. For the next few hours, no one moves.” – The Guardian 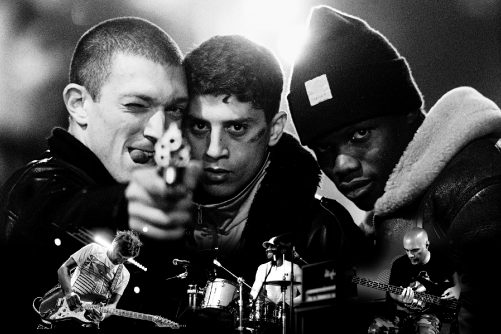