APITOS return to their spiritual home Band on the Wall on Feb 3rd 2020.

Formed in 1984 from the members of 70’s band ‘Both Hands Free” – Dave Hassell, Phil Chapman, Richie Close and Pete Glennon – Apitos were encouraged and given opportunity by previous custodian of Band on the Wall, Ian Croal.

Apitos continued to perform regularly at the venue until the early 2000s. They were also actively involved in Band on the Wall’s education programme and their ‘Monday Night Latin Sessions’ were the springboard for numerous musicians and bands in the Northwest region.

The band has also featured renowned international artists such as Victor Mendoza, Birger Sulsbruck, Claude Deppa plus many of the UK’s leading artists and has been rated as one of the UK’s foremost Latin Jazz ensembles.

The music plays homage to the deep traditions of Latin American music with a strong influence of the jazz improvisation.

This is a standing show. Presented by The Manchester College. 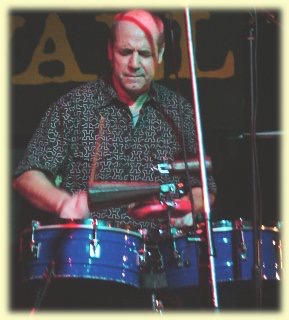