Ali Sethi first garnered attention after publishing his critically acclaimed novel The Wish Maker in his early 20s. Since then, the multitalented musician has gone on to launch a career as one of Pakistan’s most recognisable voices, honing his skills with intensive studies of his native country’s vocal traditions and inflecting them with his signature style. Ali Sethi has previously lent his vocals to The Reluctant Fundamentalist and released his own singles too. He starred in Coke Studio Season 9 alongside the legendary Abida Parveen and performed a rendition to the ghazal Ranjish Hi Sahi in the first episode of the season. Ali Sethi has worked with Riz Ahmed’s Swet Shop Boys, lending his vocals to the song titled Aaja.

Ali Asani is Professor of Indo-Muslim and Islamic Religion and Cultures at Harvard University. He has taught at Harvard since 1983, offering instruction in a variety of South Asian and African languages and literatures as well as courses on various aspects of the Islamic tradition.

Noah Georgeson is a three-time Grammy Award-winning musician and has produced and mixed records for major indie acts like Devendra Barnhart, Joanna Newsom, The Strokes and Charlotte Gainsbourg. He created the title track for the popular Netflix TV show Narcos.

With Sethi’s classical skills combined with Asani and Noah’s expertise, this will be a fusion of eastern and western music related to Sufi culture, making this a collaboration worth waiting for.

This is a seated show. Presented by Band on the Wall, the Whitworth, Manchester Museum and Manchester Art Gallery. 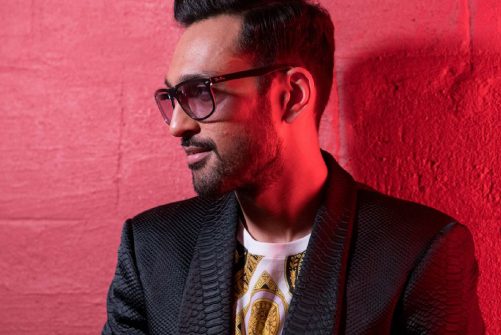