TICKETS ON SALE 10AM 16TH APRIL

Following sell-out shows at Soup Kitchen in 2017, Band on the Wall in 2018, Gorilla in 2019 and Royal Exchange Theatre in 2020, we’re delighted to announce London based producer, pianist, bandleader and MC Alfa Mist’s biggest Manchester date yet; a huge new show at O2 Ritz, 27th November 2021.

Prioritising feeling over perfectionism. This is the credo that drives the restless creativity of multi-instrumentalist, rapper and producer Alfa Mist.

First teaching himself to produce beats as a schoolkid in East Ham, London, Alfa then went on to discover jazz through the sampling of hip-hop of producers like Hi-tek, Madlib and J Dilla. Delving deeper, he taught himself the piano by ear as a means to dissect these formative records’ harmonic intricacies, gradually forming his own production style of head-nodding rhythms combined with the immediacy of jazz improvisation, all tied together with a pervasive sense of melody.

“There’s no access to jazz where I’m from,” Alfa says. “There’s no way I would have come to it without finding those hip-hop records and wanting to understand them.”

What followed was a period in the early 2010s spent putting some of his first fully-fledged tunes on Soundcloud and connecting with a community of like-minded musicians, including long-term collaborators Jordan Rakei, Tom Misch and Barney Artist.

Along with musicians Kaya Thomas-Dyke, Emmavie and Dornik Leigh, who Alfa met at university, he soon built up his own network of collaborators surrounding the burgeoning London jazz scene of the mid-2010s. “London is so important to me,” Alfa says, Everyone here is hustling and it is so inbuilt to the point where I don’t even feel like I’m hustling anymore. I’m trying to get where I’m going but it’s not frantic.”

This sense of kinetic pace mixed with a self-assured stillness is deeply felt in Alfa’s music. 2015’s Nocturne was his first solo full-length project, a collaborative endeavour showcasing his own capacity for crisp beat-making, as well as an aptitude for shapeshifting production styles to accommodate features from the likes of Misch, Rakei, Emmavie and Thomas-Dyke. “That record was about true collaboration, working equally towards a shared purpose,” Alfa says.”.

Self-released on his Sekito label – as all of his records as a bandleader have been to date – Alfa soon established a prolific work ethic with the debut of a new project, 2nd Exit, in 2016 with musician Lester Duval. Their self-titled record, and 2019’s Tangent EP, feature Alfa more prominently as an MC, showcasing his lyrical talent as well as his production prowess. “Rapping is a tool in the box rather than a pursuit,” he says. “It’s like an instrumental choice on the song. I don’t rap over everything because not everything needs it.” When he does, though, as on “If You Wouldn’t Mind”, his baritone flow playfully meanders through vignettes of glimpsed characters and musings on relationships.

2017 saw the release of Alfa’s breakthrough record, Antiphon. Taking his compositions to a band, rather than largely self-producing as on Nocturne, he established a thematic precedent with the eight-track record, interspersing conversations with his two older brothers on the value of family amongst his luscious acoustic arrangements. The album stream on YouTube has since amassed over 7 million plays and boasts millions more on Spotify, highlighting how Alfa’s blend of improvised mood music can connect far beyond an assumed jazz crowd.

Continuing the focus on family, 2019’s Structuralism featured sampled conversations with Alfa’s older sister on how we formulate our identities amongst each other. Alfa wove in the essence of the liminal immigrant experience through compositions such as “Jjajja’s Screen” – referencing the inability he had to communicate with his non-English speaking grandmother when she lived with the family – as well as artfully reflecting the overcast optimism of city life on the Jordan Rakei feature “Door.”

Collaborative side projects have also continued to bloom. 2020 saw the wider re-release of Alfa’s pensive 2014 soul project with singer Emmavie, Epoch, while the same year also heralded a new pairing with drummer Richard Spaven as 44th Move – their self-titled EP delving into the fertile space between the dance floor and headphone-based introspection. In a beautifully unguarded moment, Alpha also released his debut solo piano EP in 2020, On My Ones. “I wanted to strip it back and give the piano the light,” he says. “This EP is sharing my love for my first instrument.”

Ultimately, this insatiable creative process merely serves to reflect Alfa in all his complexity. I want these different aspects to exist in the world because they’re all me,” he says. “When people listen to them, they’ll get the scope of exactly who I am.”

His latest endeavour, 2021’s Bring Backs, sees Alpha taking on new challenges. The record marks his first release for the label Anti and is also the most detailed exploration of his upbringing in musical form. The album’s nine tracks of groove-based intricacies, lyrical solipsism and meandering fragmentations are tied together by a remarkable poem written by Hilary Thomas expressing the sensuous realities of building community in a new country.

The album’s title also refers to an aspect of a card game Alfa would play as a child where the winner would only be decided after making it through an extra round without being brought back into the game. It is a feeling Alfa finds reflects his own experiences of success. “I live in this perpetual ‘bring back’ state where I can never really be sure that I’m doing as well as I am,” he says. “When you grow up where I did, you live in a sense of instability – you can be on doing ok for a while but that can change, you know that’s always a possibility.”

It might be a state of mind that could change, but until it does it only serves to motivate Alfa’s constantly searching musical mind, one that will no doubt continue to surprise and astonish. 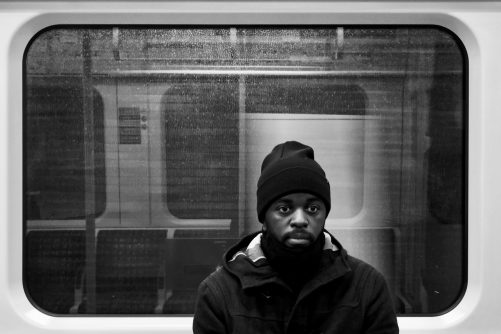