Agbeko are an afrobeat-inspired rock-funk-psych juggernaut from Manchester – and one of our favourite acts to emerge from the Manchester scene.

Agbeko were born out of admiration for the enduring music of 1970s West Africa and have spent the past three years honing a singular, contemporary sound built upon its teachings. An onslaught of horns, guitars, percussion and gutsy vocals, the eleven-strong outfit deliver powerful songs packed with riffs, groove and lyrical prowess to move gig-goers, festival throngs and afro-funk afficionados alike.

Their combined political awareness and uncompromising musical commitment enables the group of Manchester-based twenty-somethings to draw from Afrobeat, psychedelic rock, funk and raucous-leaning jazz without missing the vital nuance and defiant tone that gives each its clout and power to resonate. They view our times through the lens of Generation Z, the forty-eight and the ninety-nine percent, speaking out against irresponsible leadership and humanitarian crises through their music, while promoting fairness and acceptance — just as the musicians who inspire them have.

Theirs is music with a message, but it is also some of the most danceable and energising that you’re likely to hear from any modern-day big band. Just ask anyone who has caught them at Boomtown, Green Man, Soundwave, Wilderness, or Meadows in the Mountains festival in recent years – or even the team at Linecheck in Milan, who picked them to represent the UK at one of Europe’s most exclusive live music showcases.

The group are preparing to release a unique 50/50 studio and live album in March 2020 before looking to a summer circling festival sites across the land. In 2018 Stutter & Twitch records’ admiration for the group saw them press their double A-side Leaders of the Free World/Submit on 7” wax before a self-release of ethio-prog brooder The Remedy to accompany their debut UK tour in February 2019.

Named one of Band on the Wall’s ‘ones to watch in 2019’ and with a growing arsenal of tunes, and radioplay, Agbeko are fast gaining a reputation for inducing anthemic singalongs and mass dance-pits to stages throughout Europe and beyond. Fans of Fela Kuti & Africa 70, Hailu Mergia & The Walias Band, Antibalas, Ibibio Sound Machine and The Souljazz Orchestra, take note!

New romancers on the block, Lovescene bring nostalgic 90s grooves and cinematic influences to modern RnB/neo-soul. Spanning everything from classic soul to broken-beat, this five-piece won’t stop ’til they have your hips and your heart. 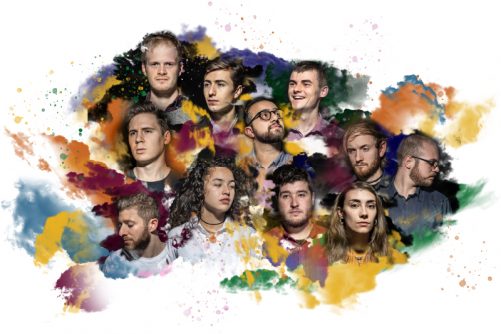