AGBEKO are a high-octane afro-rock-funk-psych spectacular from Manchester.

Agbeko (translating from Ewe as ‘if only there is life’) effortlessly draw inspiration from the golden age of 1970s’ Nigerian, Ghanaian and Ethiopian dancefloors and deliver it through the filter of 11 young twenty-somethings who grew up on rock, funk and jazz.

This show sees the launch of Agbeko’s first record that promises to capture a band rapidly gaining a reputation across the UK for a fierce, energetic and irresistibly danceable live show. Expect a wealth of powerful sing-along originals and some hard-hitting arrangements of afro-funk and ethiojazz rarities all underpinned by politicised lyrical content, dirty guitars, wailing organs and a healthy dose of on-stage sub-standard dance moves!

Since their formation just two years ago, Agbeko have already burst on to the festival scene. Early performances at Manchester Jazz Festival lead to late night spots at Secret Garden Party, Green Man, Kendal Calling and Tramlines to name but a few. Airtime on the US airwaves followed, along with booking for the band’s first forays into mainland Europe in June of this year. 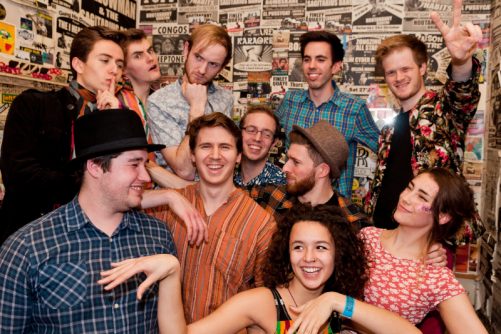