Co-founded by the legendary underground producer Adrian Sherwood, African Head Charge is a globally-acclaimed, pioneering dub-reggae ensemble led by original co-founder, master percussionist and royal rastaman, Bonjo Iyabhinghi Noah. Formed originally as a studio project in 1981, the London based collective has gone on to adhieve legendary cult status, creating over 13 albums and gracing stages across the world, from Austrailia and New Zealand to the Glastonbury music festival.

To celebrate the forthcoming releases via Warp, African Head Charge are getting ready to grace stages around the world and are preparing an epic new live show featuring an original lineup of world-class musicians and state-of-the-art A/V. Pulsating with tribal drumbeats and chanting from the soul of Africa, African Head Charge fuse together primal rhythms with heavy psychedelic dub, roots reggae and 21st-century electronica.

Generating an intoxicating soundscape of reggae-inflicted drumming, visceral vocals and bottomless, thrumming bass-lines that truly reach the heart of your being with a deeper, darker and heavier sound than ever before, the collective are once again ready to enrapture their global fanbase, as well as reach out to a new generation of fans around the world. From roots right through to rave! 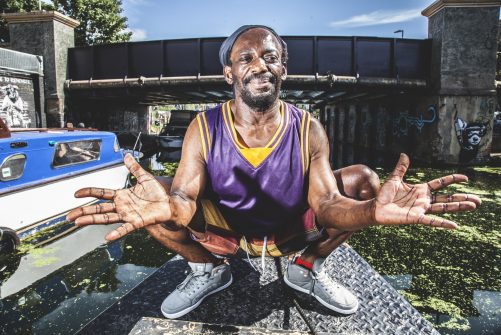