Due to overwhelming demand for tickets we are delighted to announce A Certain Ratio have announced a second night at Band on the Wall. Grab them while you can!

Long players A Certain Ratio celebrate their remarkable musical journey since forming in Manchester in the late-70s with an anniversary concert featuring very special guest musicians and DJs.

Emerging from the Factory Record’s stable in the late 70s, Manchester’s seminal Punk Funk pioneers have recently been discovered by a whole new generation of fans and are considered a major influence on artists as diverse as The Rapture, LCD Soundsystem, Friendly Fires and Interpol.

This will be a unique gig exploring ACR’s rich legacy and will see them perform 2 sets featuring 4 decades of their music, include a Q&A session and will feature very special guest musicians joining them live on stage. Come and celebrate with them at Band on the Wall, one of the original venues where their story began.

Doors open at 8pm but our Picturehouse Cafe Bar is open from 5.30pm for delicious food and drinks. 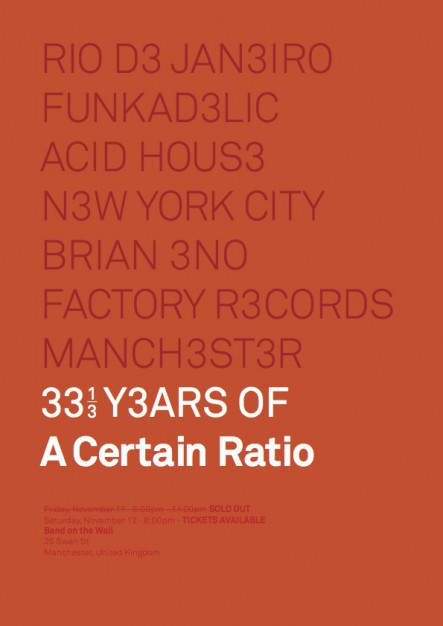