They are regarded as an important influence on the Manchester music scene, the independent record label movement, punk rock, power pop, and indie rock. They achieved commercial success with singles that fused pop craftsmanship with rapid-fire punk energy. These singles were collected on Singles Going Steady, described by critic Ned Raggett as a "punk masterpiece".

Devoto and Shelley chose the name "Buzzcocks" after reading the headline, "It’s the Buzz, Cock!", in a review of the TV series Rock Follies in Time Out magazine. The "buzz" is the excitement of playing on stage; "cock" is Manchester slang meaning "mate" (as in friend/buddy). They thought it captured the excitement of the Sex Pistols and nascent punk scene.

This article uses material from the Wikipedia article “Buzzcocks”, which is released under the Creative Commons Attribution-Share-Alike License 3.0. 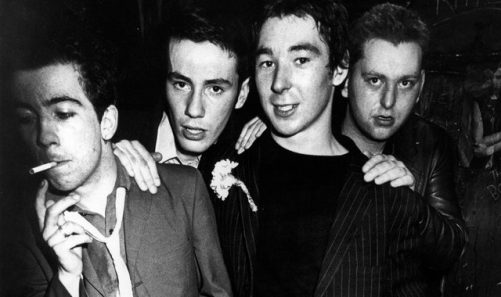