Matt Wilde on his latest vinyl release, access to arts and Manchester roots

Manchester-based keyboardist, producer and composer Matt Wilde plunged straight into the deep following his debut release ‘Believe in Things’ back in May 2021. Having honed his craft, Matt’s lush blends of jazz & hip-hop and his virtuosic, lyrical keys have seen him shine through a blossoming Manchester jazz scene, with his music picked up by the likes of Jamie Cullum (BBCR2), Tony Minvielle (Jazz FM) and a multitude of sought-after Spotify & Apple Music-curated editorial playlists. Matt’s most recent drop and debut physical release Every Story / Pivot is the latest from Band on the Wall Recordings’ 7″ vinyl series The Singles Club and boasts a debut play for Matt on Gilles Peterson’s BBC Radio 6 Music show, along with Jazz FM playlisting and a Musica Maconda feature. We spoke to Matt about Every Story / Pivot, access to arts and his Manchester roots.

Could you tell us a little bit more about the origins of ‘Every Story’ and the meaning behind it?

‘Everyone has their own story; they have something unique to share with the world which encapsulates the highs and lows of their individual lives, and that can resonate with other human beings. By taking the time to listen to every story from different perspectives, we can hear voices that are unheard and undervalued. Music can depict so many stories which can be interpreted differently depending on the listener. The track is rooted in jazz and hip hop, with piano-led melodies and harmonies accompanied by analogue synths, bass guitar and pocketed drums’

Could you tell us a little more about the origins and creation of ‘Pivot’?

‘Our lives pivot between different perspectives and moments that can change the direction we’re travelling in. Unexpected shifts of reality and emotion. The contrast between moments of stillness and moments of energy. The track is rooted in jazz and hip hop, with interweaving melodies between piano and flugel horn, accompanied by analogue synths, bass guitar and pocketed drums’

Are there any artists that you admire and directly influence your sound currently?

‘Over the last few years I have delved into the music of jazz artists such as Bill Evans, Herbie Hancock and Ahmad Jamal, as well as artists such as Esperanza Spalding, Robert Glasper, J Dilla, Erykah Badu and more. I’m also constantly inspired by friends and peers who are making music in Manchester and beyond.’ 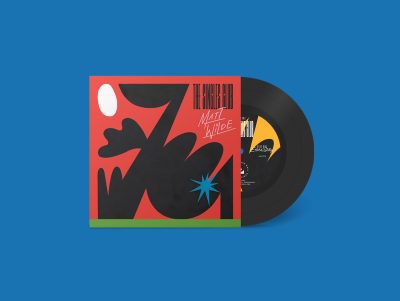 Is there anything outside of music – be it cinematic, artistic etc. that inspires your sound?

‘I’m engaged in social and cultural issues as a trustee of two music organisations in Manchester. I’m passionate about ensuring that everyone has access to arts and culture, especially people who are marginalised or underrepresented. I’m passionate about listening to the voices of younger people who might be seldom heard in decision-making around music, and shining a light on the inequalities that exist, and I set up a charity in the North West to respond to this. I believe that talent is everywhere and opportunity is not, so we need to actively break down barriers and create progression routes which support people to flourish creatively’ 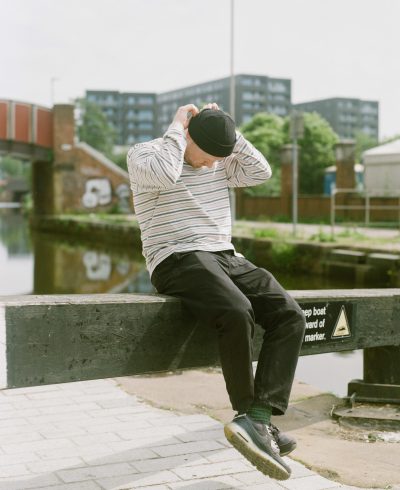 How do your current surroundings in Manchester affect your music?

‘I grew up in Manchester after my mum emigrated from Poland. I was surrounded by MCs, rappers and musicians who were writing and recording hip hop and grime. I began producing, making beats and DJing, and spent several years getting involved in workshops at Band on the Wall through music charity Brighter Sound, which laid the foundations for my musical development. I was enveloped by loads of different cultures which have all fed into the music I make and continue to inspire me today. The Manchester music scene is thriving with so many innovative artists doing their thing and making a big impression, and I’m proud to be from here.’

Matt Wilde’s debut 7″ vinyl Every Story / Pivot is out now! Stream/Buy it here.