Live Music Returns: Band on the Wall Takes Outdoor Gigs on the Road on Sat 22nd May

Launching on Saturday 22nd May at a secret pop-up location somewhere in Greater Manchester, The Bandwagon by Band on the Wall brings live music back in an outdoor, covid-secure setting.

A lineup of emerging Manchester artists who featured on Band on the Wall’s ‘2020’ fundraising compilation album last year, will entertain lucky onlookers in a public square somewhere in Greater Manchester. No tickets are required, and performances are ideal for families and music fans alike, with artists performing original music from a range of genres, with something to suit all tastes.

The performances will take place in a popular public square, open to everybody, and access will be subject to covid-secure capacity, with visitors asked to ‘check in’ via the NHS track-and-trace app.

As secret pop-up performances, to ensure covid security, the ‘audience’ for these events will be lucky members of the public who happen to be around at the time; with the location kept a secret ahead of schedule.

Mali Hayes
Jazz/neo-soul singer Mali Hayes is one of the most exciting names on the new Manchester scene. Her vocal abilities allow her music to move from more acoustic wistful jazz to funk-driven, hard neo-soul (as can be heard on her most popular track ‘Hate on Me’). She’s been personally endorsed by the likes of Gilles Peterson and Jamie Cullum, and has been attached to Peterson’s Future Bubblers project.

Agbeko
Agbeko are an afrobeat-inspired rock-funk-psych collective from Manchester. They were born out of admiration for the enduring music of 1970s West Africa and have spent the past few years honing a singular, contemporary sound built upon its teachings. They deliver powerful songs packed with riffs, groove and lyrical prowess to move gig-goers, festival throngs and afro-funk afficionados alike.

Werkha
Werkha is the alias of producer and instrumentalist Tom A. Leah.

The band aspires toward symbiosis, prioritising group explorations of phrasing and orchestration every bit as much as moments of individual improvisational virtuosity. Chewing up influences as wide-ranging as Brian Blade’s Fellowship Band, Dhafer Youssef, Fela Kuti and Led Zeppelin, Lieko’s ‘intelligent, inventive and imaginative’ (The Jazz Mann) music is poised somewhere between jazz, rock, soul and folk song. Their anthemic, propulsive original compositions are at once uplifting, introspective and, crucially, identifiable.

Marco Woolf
Marco Woolf is a singer-songwriter, poet, and storyteller based in Manchester. Having been heavily influenced by the blending of folk and jazz by artists such as Nick Drake and John Martyn, he writes music that is ethereal, heartfelt and genre-fluid.

Marco has also developed a reputation as a storyteller. During his live shows, he often shares improvised stories or poems, weaving a narrative throughout his set. 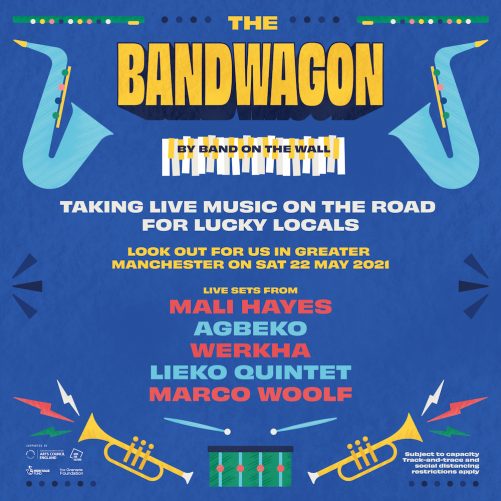