During our temporary closure, we’re digging deep into the Band on the Wall archive to pick out some of our favourite recordings from gigs gone by. The doors may be shut but the volume is still cranked.

Peggy Seeger: The First Time Ever I Saw Your Face, 2015

The day after her 80th birthday, folk luminary Peggy Seeger performed the song her late husband Ewan MacColl’s wrote for her; ‘The First Time Ever I Saw Your Face’, live at Band on the Wall on 18th June 2015.

The song, which has become a modern standard in both folk and popular music, represented MacColl’s feeling for Seeger, and became one of the songs for which Peggy Seeger is most recognised. 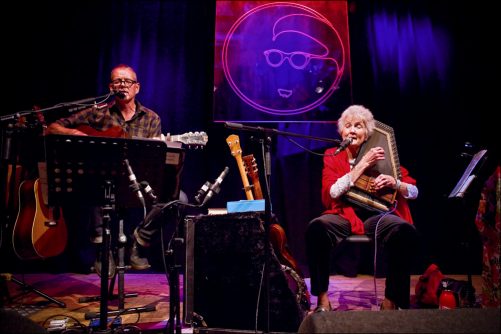