This vibe-heavy show from afrobeat legend Femi Kuti was recorded back in 2012 when Band on the Wall curated a festival African music across Manchester from June to September, as part of the London 2012 Cultural Olympiad, called We Face Forward.

Emerging from the giant shadow that his father, Fela Kuti cast, Femi is the true heir to the Afrobeat crown, his music reaching across the globe with a powerful and distinctive voice. Like his contemporaries, Amadou & Mariam and Baaba Maal, this is a jubilant, funky music and dance mix.

Next Up: Snarky Puppy, 7pm Friday 1st May

Next week’s Live-ish is a big one! A one-off opportunity to watch a full live set from Snarky Puppy, the three-time Grammy-winning genre-defying collective, recorded in 2014 at Band on the Wall. Unmissable! Tune in here next week. 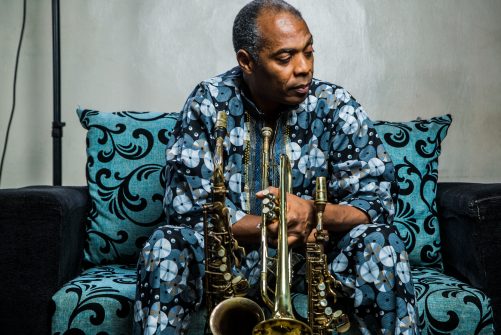