With hundreds of production, remix and technical credits to his name, the revered dub reggae “mixologist”, DJ and On-U sound label head Adrian Sherwood has one of the deepest and most intriguing catalogs in modern music. Like the Jamaican greats: King Tubby, Errol Thompson, Prince Jammy and the Mighty Upsetter amongst others, he made the mixing desk his instrument of choice, developing the musical ear, technical know-how, and all-important personal skills necessary to combine the essential ingredients in the studio, and bottle lightning from behind the board. We’re excited to welcome Sherwood back to Band on the Wall for his unique audio-visual show Time Boom X The Upsetter Dub Sessions on 22nd February, and ahead of the gig, have picked out four of the finest cuts from his insane sonic library to introduce you to the amazing work he has done.

As was recently explained to author Joe Muggs in his book Bass, Mids, Tops: An Oral History Of Sound System Culture, Sherwood cut his first major record at the age of 19. Utilising rhythms entrusted to him byPrince Far-I, he began overdubbing and mixing in the studio, inviting new musicians to sessions and working on a modest budget to mastermind an inventive body of work. When the resultant Creation Rebel album, Dub From Creation, found its way into John Peel’s hands, he called it “the best dub record to come out of England” – playing its first three tracks back to back on the radio. One of those was Basic Principals, a beautifully mixed cut featuring the melodica work of Doctor Pablo, who took his name from the influential player and producer Augustus Pablo. An early slice of brilliance from Sherwood.

African Head Charge – Stebeni’s Theme
Selected by Trevor Jackson for his fantastic On-U sound retrospective, Science Fiction Dancehall Classics, this 1981 cut from My Life In A Hole In The Ground displays a subtlety to Sherwood’s work in the control room. With unprocessed congas and call and response vocals leading the track, he uses unimposing techniques to gently augment the arrangement, giving it a cutting edge sound from the few elements it harnesses. He teases high frequencies out of an unidentifiable sound, resulting in a squelching, acid bass-like sound which he pans between the channels, underpinning the track with a punchy, subby, gritty kick drum pattern, giving the tune incredible clout. Subtle, but fantastic.
Lee ‘Scratch’ Perry – Makumba Rock (Extended Discoplate Version)
Many artists have collaborated with the enigmatic dub reggae pioneer Lee “Scratch” Perry down the years. Some have managed to create great work with him, while others have struggled to get on his wavelength. Adrian Sherwood has consistently achieved great things in the studio with Perry, coaxing strong vocal performances and bold creative ideas out of the Mighty Upsetter, who did the same himself with musicians like Bob Marley and The Heptones a generation before. Makumba Rock is a fine example of the pair working in tandem. A heavy rhythm, with the distinctive sound of a Cuíca and some beautiful EQ and dub work, mixing perfectly with Perry’s free-flowing, dramatic verses. Eccentric perfection.
Sherwood & Pinch – One Law For The Rich (ft. Daddy Freddy & Dubiterian)
The On-U sound Pay It All Back compilations have always been the go-to place for deep cuts, rarities and alternative mixes. On One Law For The Rich, we hear Sherwood and Pinch’s electronic dub mixing with the socio-political hooks and verses of Daddy Freddy and Dubiterian. A beast of a production with a heavy message to boot. 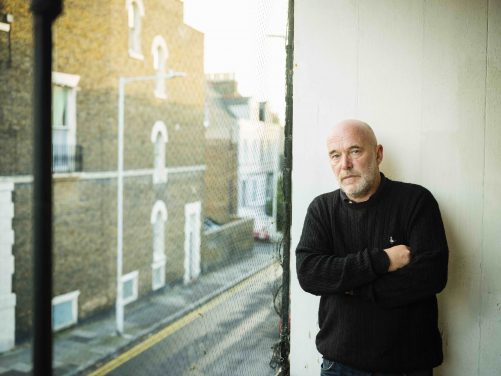