Guide to the Week of Music: GRAMMYs, Kirsty Almeida, New Sounds and Visuals

The 62nd annual GRAMMY awards took place on Sunday night, with Angelique Kidjo, Gary Clark Jr., and PJ Morton notable amongst the many winners. While the occasion was dampened by the awful news that recently-retired Los Angeles Laker Kobe Bryant, his daughter Gianna, and seven others had tragically perished in a helicopter crash earlier that day, performances by Kidjo and others helped to lift the spirits of those who had gathered inside the Staples centre – the same arena in which Bryant had once scored 81 points in a single game, a feat second only to Wilt Chamberlain’s 100-point game in 1962.

The energy, passion and unifying message of Kidjo’s performance was truly inspiring, and proved exactly why she was a worthy winner of the ‘Best World Music album’ award for her record dedicated to Cuban singer Celia Cruz, entitled Celia. While most artists are ecstatic with a single award, contemporary blues-rock artist Gary Clark Jr. walked away with three in recognition of his album This Land and its impactful title track. PJ Morton, who performed at Band on the Wall in January and appeared on the Tonight Show with rapper Rapsody this week, won the ‘Best R&B Song’ award, while Esperanza Spalding’s 12 Little Spells was victorious in the category of ‘Best Jazz vocal album’.

Find the full list of winners here and watch Angelique Kidjo’s performance below. Read this full article at the Guide to the World of Music. 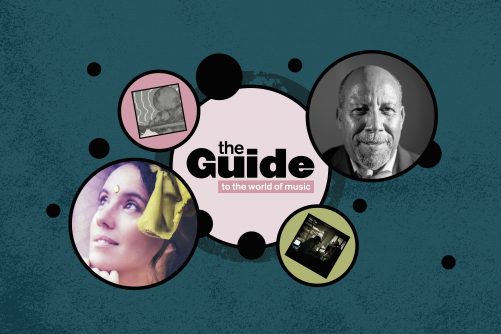