Guide to the Week of Music: Erik Hall Reimagines Music for 18 Musicians as a Solo Recording Project

Michigan-based multi-instrumentalist and film music composer Erik Hall has announced a bold new solo album, which hears him recreating Steve Reich’s minimalist masterpiece Music For 18 Musicians entirely by himself, according to the restrictions of his home studio. With a working method not dissimilar to that of Mike Oldfield on his famous Tubular Bells project, Hall substitutes orchestral xylophones, violins and bass clarinets for prepared piano, electric guitar and Moog synthesizer, reading from the original score as he recorded one layer at a time in single live takes, attempting to retain the essence and atmosphere of the 1978 recording on ECM records.

In the album’s accompanying literature, Hall states: “I’m aware of the inherent audacity of the project. But what compelled me was the simple joy of getting to take part in it. And as the layers piled up and the piece started to take shape that feeling became utter humility and gratitude. For getting to participate in this music I’ve loved so much for so long, for renewed wonder and reverence for the composition, and for being reminded of the value of diligently completing a monumental task.”

Hear the first two sections: Pulses and Section I, below, ahead of the album’s release on 8th May.

Repeat Listen: Sérgio Mendes – In the Key of Joy 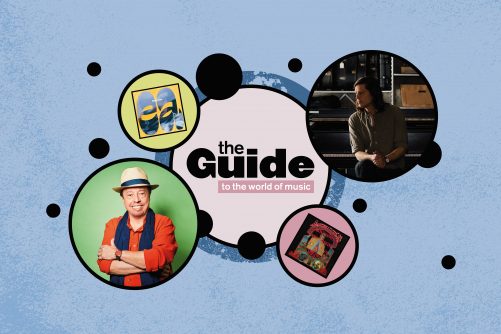