Sitar player and composer Anoushka Shankar and jazz bassist Dave Holland are amongst a host of prominent musicians who are to be honoured by London’s Royal Academy of Music, this July. The academy’s honorary memberships, fellowships, doctorates and associations recognise notable alumni, as well as leading figures in classical music, jazz, musical theatre and education.

Anoushka, whose late father Ravi was one of several master musicians that helped to bring Indian classical music to a wider audience, recently released her acclaimed Love Letters EP on the Mercury KX imprint, featuring London-based cellist Ayanna Witter-Johnson, pop duo Ibeyi, and multi-talented singer-songwriter Alev Lenz. She is to be recognised as an Honorary member – following a succession of shows in the US to commemorate the centenary of her father’s birth. Alongside her, several members of the Academy’s faculty: cellist Adrian Brendel, violinist Maureen Smith and flautist Karen Jones amongst them, will be recognised.

The Academy’s Jazz Artist in Residence, Dave Holland, has worked with a host of contemporary jazz greats: Miles Davis, Jack DeJohnette, and Anthony Braxton amongst others. He is to be conferred as an Honorary Doctor of the University of London, recognizing his fifty-year career as a double bassist. Another fine jazz musician, the saxophonist and composer Soweto Kinch, is one of the Honorary Associates to be named amongst this year’s list. His recently-released album, The Black Peril, was premiered as part of the EFG London Jazz Festival last year, and perfectly encapsulates his wide-ranging musical and socio-political passions.

Read the full honorees list here and check out the latest visual from Anoushka Shankar below. 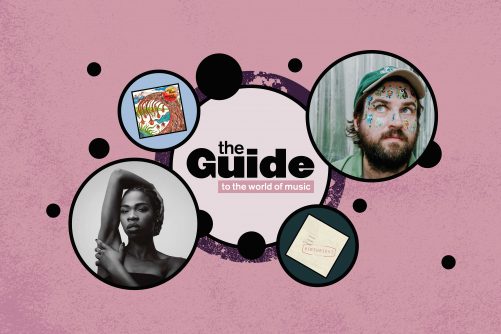