Iconic Manchester venue and independent promoter Band on the Wall has appointed a new Head of Programme, Santana Guérout.

Hailing from a musical family, Santana lived and worked in Germany and France before moving to Manchester in 2009 to study Music Management.

She has since pursued a career in the music industry, gaining significant experience as a tour manager and agent before joining the programming team at Band on the Wall in 2016, being promoted to Head of Programme in January 2020.

“Santana first came to my attention through our partnership with The Manchester College, and after bumping into her at a number of industry events it became clear she was someone who was clearly an outstanding student and committed to finding work in the music sector.

When she originally applied to join the team it was clear that she would be a great asset to the organisation and has proven herself time and again that she can deal with almost any situation with a calm head and tenacity. I am especially pleased that we have been able to retain her skills and give her the top programming job here at Band on the Wall.” 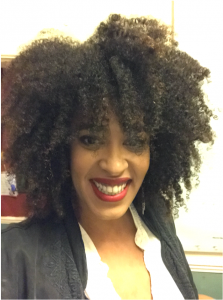