Tweet
Ahead of their hotly-anticipated weekender at Band on the Wall, which sees tomorrow night dedicated to the sounds of their Scrub a Dub label, and Saturday to the realms of future reggae dancehall, we asked the Mungo’s Hi Fi crew to prime us for the double header with a playlist introducing the many guest artists that will be joining them, as well as couple of heavy tracks that they’ve had on rotation of late. Needless to say, they haven’t disappointed, turning in sixteen earth-rattling cuts with a quick line on each one. Stream the playlist here and find each of their selections below.
.
.
Mungo’s Hi Fi X Eva Lazarus – Amsterdam
‘Our most played tune of 2019, with the Queen Eva Lazarus.’
Stalawa – Traitor
‘Amazing project from Scotch Bonnet don Stalawa, the lead track from Stalawa in East Africa was championed by Giles Peterson and included in his best of 2019.’
Kenny Knots – Watch how the people them dancing
‘One of Kenny’s biggest tracks from the 80’s It was also sampled by M-Beat – surrender which was a massive jungle tune.’
Mungo’s Hi Fi ft. Kenny Knots – Rasta Meditation
‘The first time we ever performed with Kenny was in a working man’s club in Glasgow.  He sang this live in the dance and we had to record it the next day this became one side of our first ever single on Scotch Bonnet.’
Mungo’s Hi Fi ft. Mc Ishu – Belly Ska
‘The other side of our first single was this and this riddim was one of the most popular for us at the time opening many doors to gigs throughout Europe and beyond and of course featuring Fridays host MC Ishu.’

Stalawa ft. Lloyd D Stiff – Rough winer
‘His insanely good remix could easily have been created in Jamaica around 1987.’

Dub Smugglers – Shine Eye Gyal (remix)
‘Mancunian trouble make soundsystem’s big tune, if you were in Outlook festival around 2014 you know this one.’
Mungo’s Hi Fi ft. Eva Lazarus – Babylon Raid
‘Updating classic or underrated tracks is something we love to do and Max Romeo gave us his blessing to re-work his track 3 blind mice which was voiced by the baddest gyal Eva Lazarus.’
Mungo’s Hi Fi – Babylon
‘One of our first ventures into dubstep back in 2009.  It was originally picked for a single on the legendary tempa label, as it was featured on Appleblim’s Dubstep allstars mix. It ended up starting our entire Scrub a dub label.’
Mungo’s Hi Fi – Rules of the dance (Kahn remix)
‘This vocal was recorded on the original beat in one take at the end of recording session when we decided to try something different. We were catching up with Kahn & Neek in Manchester when we were playing at the Antwerp Mansion and played it at the soundcheck, Kahn liked it and remixed it and here it is!’
ALXZNDR – Hey Love (feat. Riz La Teef)
‘We are delighted to welcome ALXZNDR to the `Scrub a dub family, we have been playing this out on dubplate and now its available on soundcloud for all to hear.’
Somah & Nova – Heart Sprint
‘Somah & Nova’s latest release has all the ingredients which made Dubstep stand out back in the mid 2000’s deep, heavy, meditative and built for soundsystems.’
ALXZNDR – Red Raider
‘This may be getting released soon 😉 this one is a cinematic journey. ALXZNDR truly brings something mew to the table in the world of 140.’
Somah – we roll
‘Our first release with Somah, a tried and tested dance smasher, with whiplash synths.’
Rapture 4D – Skylab
‘Glasgow grime don, Rapture 4D showing his versatility on a more dubstep beat for Scrub a dub.’
Rapture 4D & Gloomy
‘Squarewave madness fae Yoker. R4D is not to be missed, he tore down Fabric in London Last month when he shut down the Scotch Bonnet Party.’ 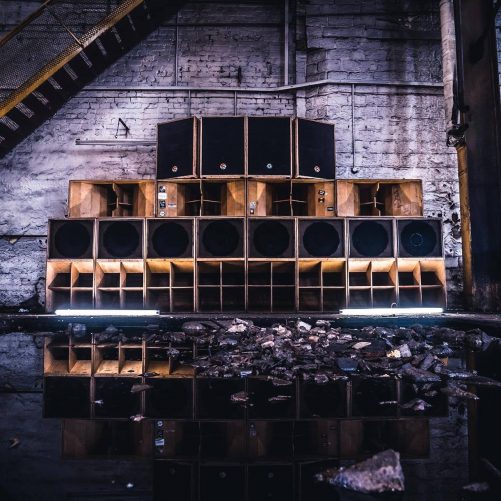 Mungo's Hi-Fi love playing in Manchester so much they wanted…

Mungo's Hi-Fi love playing in Manchester so much they wanted…