Welcome to the Guide to the Week of Music, a round-up of music news, media and releases from the wide musical world. This week, we doff our cap to W. H. Lung, revel in the incredible synth odyssey Jane Weaver has created with her bandmates for Fenella, and explore some choice cuts from the wide world of contemporary music.

W. H. Lung are to donate the profits from their new single, Symmetry, to Manchester-based charities the Booth Centre and Mustard Tree, helping to tackle homelessness in the city. The admirable decision comes in the wake of the band having released one of the year’s most widely acclaimed albums, Incidental Music, back in April.

If, having listened to the track, the line “Alan Turing, give up the apple” sticks in your mind, here’s an explanation from vocalist Joseph E. that will contextualise it a little. “There’s a statue of Alan Turing in a small park just off Canal street in Manchester city centre. The statue has always struck me as odd, the face is quite childishly done and Turing seems to be offering his fruit to passers-by. People often sit with him and take pictures. The park is also regularly attended by the homeless community of Manchester. As visible a presence on the streets now as the statues of the great and famous.”

Check out the single below and buy it via Bandcamp or your preferred digital music platform. Band on the Wall will once again be collecting for Mustard Tree this December, so feel free to drop dried, packeted and tinned foods, plus personal hygiene items, into our collection trunk when you attend any show next month. 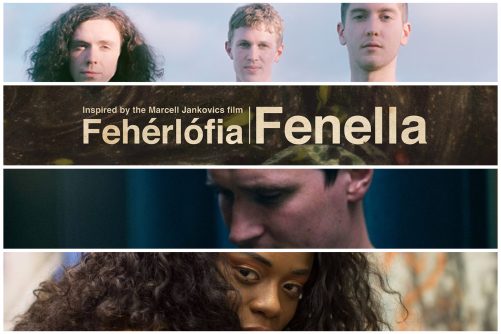