Welcome to the Guide to the Week of Music, a round-up of music news, media and releases from the wide musical world. This week, we recap the goings-on at this week’s BBC Radio 2 Folk Awards, explore the debut LP from Manchester-based MC Fox, and explore some choice cuts from the wide world of contemporary music.

The 20th annual BBC Radio 2 Folk Awards took place at Manchester’s Bridgewater Hall on Wednesday night. The event was hosted by long-serving broadcaster and musician Mark Radcliffe, who was himself given an award by songwriter Ralph McTell for his 40 years in radio. Manchester mayor Andy Burnham presented the night’s first award: the Horizon Award which went to Brìghde Chaimbeul, but before that, Manchester’s own folk and reggae fusion ensemble Edward II opened the show, delivering a medley of the Jamaican folk tune Linstead Market and English dance number Shepherd’s Hey, accompanied by Horizon Award nominee Kitty Macfarlane and a chorus including Blair Dunlop and Bella Hardy.

A host of Band on the Wall’s favourite artists were recognised over the course of the night. Ríoghnach Connolly of The Breath and Honeyfeet was awarded Folk Singer of the Year, while Catrin Finch and Seckou Keita won the Best Duo/Group award. Keita was recognised for a second time, as his remarkable kora skills sealed him the Musician of the Year award, while Dervish and Wizz Jones picked up Lifetime Achievement Awards, and the late songwriter Leonard Cohen was inducted into the Radio 2 Folk Awards Hall of Fame.

You can listen to the full award ceremony here, explore the full list of winners here, and catch Seckou Keita with AKA Trio at Band on the Wall in November.

Read this article in full at the Guide to the World of Music. 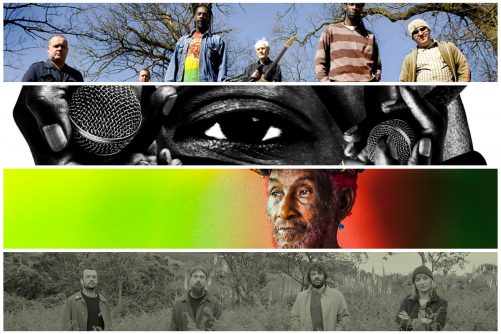