Kurt Rosenwinkel on forming Bandit 65, harnessing guitar pedals and being creative in a tech-filled world

The guitarist, composer, bandleader and Heartcore records founder Kurt Rosenwinkel has been described as “one of the most influential and strikingly original guitarist-composers of his generation” — a complement that is testament to his inventive style and immaculate technique. With almost thirty years of professional experience under his belt, a handful of acclaimed solo records and several more as a sideman and collaborator, he has carved out a sound for himself that makes each and every one of his contributions — on recording or in a live context — immediately identifiable. His Bandit 65 project is an ideal vehicle for his dynamic, expressive playing: just he, fellow guitarist Tim Motzer and drummer Gintas Janusonis improvising freely, allowing plenty of space for the guitar to fill the sonic spectrum and for spontaneous composition to be the musical drive. Ahead of the project’s first outing at Band on the Wall later this month, we spoke to Rosenwinkel about forming the trio, developing his guitar tone and maintaining focus in our current tech-filled environments.

How and when did yourself, Tim and Gintas meet, and were there any particular ideas or pieces of music that the three of you bonded over, on the way to forming Bandit 65?

Kurt Rosenwinkel: ‘I knew Gintas from back in the ‘90s in New York City and then in 2005, I went to a concert where Gintas and Tim were playing with Ursula Rueckert in Zürich. That’s when I had the idea to play with them. We played phone tag for a few years and then finally had a jam session in Philadelphia when I was home for the holidays and Bandit 65 was born. We discovered that there was music creating itself as the three of us improvised and it seemed like it was coming out fully formed, so that’s what we always do: we just get together and improvise from nothing and see what happens. It’s an interesting feeling to walk out to a concert stage with 1000 people in the audience and have no idea what you’re going to play but feel totally comfortable with that. You have to be with the right cats for that…’

You recently worked with the pianist ELEW to record solo piano renditions of compositions from your own catalog. How gratifying was it for another artist to dedicate and entire record to your writing?

KR: ‘ELEW is a tremendous artist and I was flattered to learn that he wanted to make an album of my music. The process was exhilarating and we shared many insightful and inspiring moments collaborating on the music. Even though it was a solo piano album, it was really a mutual journey and the result is a fascinating juxtaposition of both our creative identities.’

You use some interesting pedals to achieve your desired tone. Can you introduce us to those pedals and explain for the non-guitarist why they’re essential to the style you have developed in recent years?

KR: ‘I use some different pedals which help me to shape the transient portion of the tone. I like to shave off the attack a little bit and then bring back the transient using compression. One pedal that does this is the Line 6 DL-4. I also use a Boss OC-3 Super Octave to get bass notes only on the bottom range of the guitar. One unit that I am really loving is the Fractal Axe-fx 3. This thing is a multi-effects processor and amp simulator, which I use for all of my regular effects like delay and reverb. I control the amount of delay with an expression pedal so that I can have big orchestral chords that envelope the space but then scale it back for leaner fast single lines.’

What’s the question you are asked most frequently by aspiring guitarists? Is it one you answer with ease, or does the answer differ depending on the recipient?

Music has taken you to some tremendous places over the years. What places have interested or inspired you most on your travels, and are there any places you have yet to play, but would love to visit?

KR: ‘I love Japan, it’s one of the most fascinating and inspiring places for me. Also, the South of Spain. I love flamenco music. And Brazil, such a deep music culture. I would like to go to Hawaii sometime and ride a horse on a volcano.’

As an artist, how do you process and react to the goings-on of the modern world? It seems that news media, social media and such can be stifling for some, stimulating for others. What affect, it any, does it have on you and your creativity and working methods?

KR: ‘It’s challenging to attain unbroken concentration in this phone addicted world. I’m addicted too I have to be honest. But I like the social media stuff and I keep in touch with my mom and dad by playing scrabble online with them so I’m always looking for the next moves. It’s nice to have a group chat with my sons who are young teens. But when I’m able to go downstairs to my studio it’s easy for me to get into it and focus for a long time and get to a creative space.’ 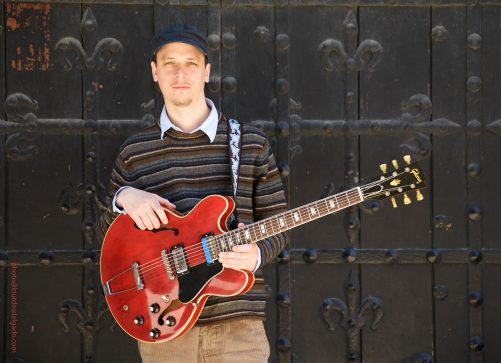