Emily Barker and Marry Waterson discuss the origins of their collaboration, travel highlights and creativity away from songwriting

Emily Barker and Marry Waterson have fairly different backgrounds, yet their complementary skill sets and willingness to collaborate sees them creating beautiful work together. The former hails from Australia while the latter was raised in Yorkshire, but each have a deep appreciation for songwriting and lyricism, the traditions of folk music and significance of carrying folk-rooted ideas forward. Ahead of their shows in Hebden Bridge, Hastings and Bath this Autumn, we spoke to the duo about their serendipitous first encounter, memories from favourite places visited and creative passions away from songwriting.

How did you meet and begin your creative collaboration? When you began writing together, did you bond over any particular records, creative concepts or shared ambitions?

EB: ‘Marry and I met at a writing retreat in Stroud. We’d been invited by Kathryn Williams to join her and around twelve other songwriters for four days of collaborating. Each day Kath would pair us up with a different person and we were expected to write a song and perform it at the end of the day. On day one, Marry and I were partnered. I’m a huge fan of The Watersons and particularly of Lal Waterson’s solo material, so I was overjoyed to find myself in a room with Lal’s daughter! I’d also spent some time listening to Marry’s music prior to the writing retreat and had fallen in love with her lyrics and moody melodies. Marry had some lyrics she’d been playing with and upon her reading them to me, I found myself hearing a slow, sparse chord progression in a minor key. I picked up my banjo and starting picking a pattern and together we sung her lyrics into song. We both felt an immediate connection and ease writing together and the song was finished in less than an hour. I knew then that this wouldn’t be the last time we joined creative forces.’

MW: ‘As Emily says; Kathryn Williams invited us to a songwriting retreat. Kath sat back and watched who was connecting/in conversation with whom and having paired us up, Emily and I found ourselves squirrelled away in my bedroom to write our first song, which we called I’m Drawn. With a deadline of performing our efforts that evening in front of our peers, other artists here to collaborate, I just dived in with some words and Emily instinctively picked up the banjo. As she played I sang into the melody and she added her harmonies on top. It came so easily. We both came away from that chance meeting with hopes of working together again. We also met Adem at the retreat – we each wrote a song with him, and he later went on to produce our album A Window to Other Ways.’

Emily, you recently began writing poetry. What motivated you to do so, and have you noticed an alteration in your approach to songwriting during the short time you’ve been doing it?

EB: ‘Indeed I have! I’ve been reading poetry my whole life and often draw inspiration from poems for my songwriting. I like to surround myself with poetry books when I’m writing songs and pick one up at random, flick through the pages and see where my finger lands. I’ll read a passage or two and usually there’s something in there that triggers an image or idea that I can write around. I find reading poetry gets my imagination going and therefore have used it as a tool for writing songs for ages, but it wasn’t until this year that I wrote my first poem. I decided that I wanted to be braver –  poetry is something that for some reason, I’d felt nervous delving into – so I bit the bullet and signed up to an online course. Where you have to produce a poem every couple of weeks based on material the course lecturer had posted. You post your poem to the online group and open yourself up to constructive criticism from peers and tutor. You’re also expected to give feedback in return. It was an intense way of learning but I found the process of having to critique others work incredibly informative for my own. I think this process has opened me up in my songwriting and made me less opposed to the idea of continuing to reshape and carve my work where previously I might have decided it was done. The late, great poet, Mary Oliver, said she used to edit her poems between fifty and seventy times! It sounds overwhelming but I quite enjoy the idea that a song or a poem can continue to evolve – even after it’s been recorded or printed.’

Marry, you also work in visual mediums, and have created music videos for your peers, amongst other pieces. What are your go to materials or processes when it comes to creating visual art, and how satisfying is it to have a second creative outlet, alongside music?

MW: ‘I love working in mixed media. My videos often combine stop motion, live film, articulated puppets, hand printed illustrations, found things like little bottles, dolls heads, buttons and such. Collage, computer animation and projected images from working direct onto film are also techniques I use. Sometimes an artist will invite me to choose a song from their forthcoming album and I then make suggestions for themes and treatment. I love to experiment, I get such a buzz from making, be it video, illustration or writing. My work is often organic in response to the moment.’

The names Waterson and Carthy are synonymous with British folk music. What was it like for you to grow up in that extended family and have access to that wellspring of knowledge and skills?

MW: ‘Often people will ask “What’s it like to grow up in a musical family?” Me and my cousin – Eliza Carthy – usually reply, “what’s it like not to?” Music was an everyday thing: we always sang round the table; in the car; at family gatherings. As kids we travelled around with our mams to gigs and soaked up those family songs – all those words shot through me like a stick of Scarborough rock. I first went on stage when I was 10 and I recorded vocals on mum and Norma’s album A True Hearted Girl when I was 12. Mum and Norma couldn’t stop grinning, so chuffed to be involving the next generation. I’m very lucky – I had the best of teachers. I know they are my family but I have such respect for their craft.’

Music has taken you both to some remarkable places. What are the most interesting places that you’ve had the pleasure of visiting, and is there anywhere you’d like to go but have yet to have the opportunity to?

EB: ‘For me a travel highlight was getting to tour on a big bus with Mary Chapin Carpenter and her band all over the USA opening shows for them and singing harmonies for her set. It’s a dream that I’m sure many singer-songwriters/bands have and I would pinch myself most days as we pulled up in a new city or town each morning (we had bunks and travelled through the night). I toured with her for a couple of years over summer and autumn. The summer shows were often outdoors by a lake or in a woods so I got to see a lot of the outdoors. There are so many stunning places in the USA and I feel fortunate to have seen some of them in this way.’

MW: ‘For me it’s the people you meet on the way. I’ve met some fantastic artists and friends – like-minded kindreds. I’ve been lucky enough to sing at some pretty fancy venues: Royal Albert Hall, Barbican, South Bank, Sydney Opera House… I also toured opening for Richard Hawley, which was pretty cool. I took mum and Mike’s Bright Phoebus on the road with a wonderful cast including Jarvis Cocker, Richard Hawley, Kami Thompson, John Smith, Richard Reed Parry and a great band. That was a thrill to be honouring those songs.’

What can audiences expect on your forthcoming UK tour dates? Given the size of your respective repertoires and your collaborative work, it must be a tricky task narrowing down a setlist!

MW: ‘We are touring as a four piece with Lukas Drinkwater on double bass and Rob Pemberton on drums/samples. We’ll be performing songs from our album, with a few covers of our own favourites reimagined and maybe one or two new songs. We are looking forward to meeting old and new faces – it’s a joy to see those who come out to share these moments with us.’ 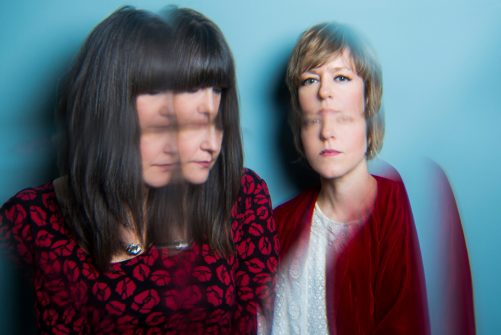