Guide to the Week of Music: Dave, Ecstatic Vision, new sounds and visuals

Welcome to the Guide to the Week of Music, a round-up of music news, media and releases from the wide musical world. This week, we recap the outcome of the 2019 Mercury Prize, dive into Ecstatic Vision’s blistering fourth LP, and explore some choice cuts from the wide world of contemporary music.

Dave, the 21-year-old rapper and songwriter from South London, has won the 2019 Hyundai Mercury Prize. Making the announcement at the Eventim Apollo in Hammersmith last night, judge Annie Mac praised the courage and musicality on show in his debut full-length album, Psychodrama. The award follows recent recognition at the GQ awards, where Dave was named the ‘Breakthrough music act’, plus two awards at the AIM Independent Music Awards for ‘Best Independent Album’ and ‘Best Independent Track’.

Dave’s emotive performance at the Mercury Prize ceremony was one of the night’s more toned-down live tracks, as high-energy, high-octane performances from Black Midi, Slowthai and Idles sought to grab the audience with their intensity. Elsewhere, we saw former Jazz Directors Series participant Chelsea Carmichaeltake to the stage with the Cassie Kinoshi-led SEED Ensemble, and we saw various nominated acts photographed with the ‘no music on a dead planet’ banner, a slogan from the Music Declares Emergency group of artists and industry professionals standing to declare a climate and ecological emergency. 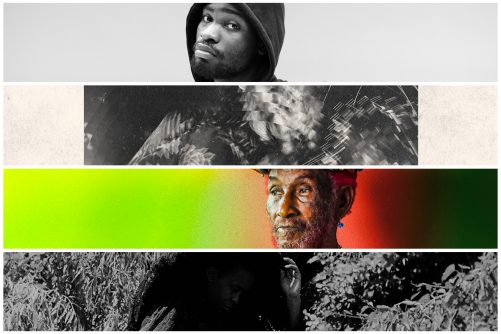