As Summer turns to Autumn, we’re excited to stage the 21st edition of free entry urban music night Inner City Waves on Sat 7th September, inviting a variety of hip-hop and RnB acts from Greater Manchester to showcase their work at the free entry event. With more artists soon to be announced, you can get to know the three acts already confirmed to perform below.

Having opened for Jerome Thomas at the Castle Hotel earlier this year, CEEOW brings music from his SOFAREP to Band on the Wall, flanked by his live band. Check out the Jay Bannister-directed visual for his single, Bonita, and you’ll get a sense for his rich, José James-esque tone and chilled instrumentation.

Hailing from Greater Manchester, newcomer Josh Ivell possesses a smooth vocal tone and light falsetto, which he pairs with minimal RnB and hip-hop arrangements. His recent singleTalk About You, a highlight from his fantastic Episode 1EP, recently found its way onto Spotify’s Slow Movementplaylist, putting Ivell before a new audience. The smooth cut takes shape around deeply modulated guitar chords, spectral glides and a tasty break beat, with Ivell’s vocals soaring on top.

Both of Felix Howell-Black’s recent singles have been produced by rising beatmaker Kill Miami, who himself has graced the Inner City Waves stage in recent months. Latest cut Fallin’

Vibes so hard that Skittles of Levelz fame hopped up on stage to pull up the track, last time he performed it at Band on the Wall. The vocalist, whose gritty voice will appeal to fans of Maverick Sabre and Liam Bailey, promises some bangin’ new tunes for the night, but you can check out Fallin’ below. 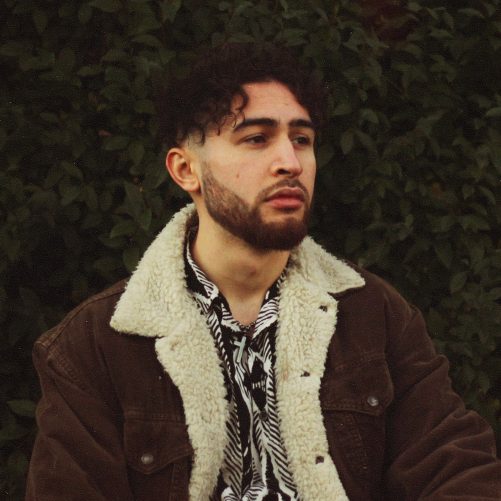