Welcome to the Guide to the Week of Music, a round-up of music news, media and releases from the wide musical world. This week, we dip into the forthcoming Ryley Walker compilation for Tompkins Square, explore the themes YUNGMORPHEUS outlines in his collaboration with Fumitake Tamura, and check out an assortment of new sounds and music visuals from around the world.

Guitarist and songwriter Ryley Walker has compiled the forthcoming ninth volume of Tompkins Square’s Imaginational Anthem series — working once more with the label who released his 2014 debut LP, All Kinds Of You. The series began in 2005, with in-house curators placing ‘first-gen American Primitive guitar legends’ alongside new guitar talents, but it has since turned its focus to the work of contemporary artists, selected by guest curators.

The label feels that Walker’s 11-track compilation is ‘probably the most diverse of the series’, with it containing music from the fingerstyle magician Shane Parish (a must-hear for Pentangle fans), singer-songwriter Kendra Amalie, and New York-based jazz player Dida Pelled. The compilation will be released on 20th September, but to coincide with this week’s announcement, Tompkins Square have made all eight antecedent volumes available digitally.

“If you’re reading this, you’ve cracked open a deep fried black hole to some of the most far out guitarists on the planet.” Walker states in an accompanying press release. “My hope is that you’ll continue to support all the artists here by going to their gigs and buying the music. Music biz is a sh*t biz but guitar players are pretty intuitive at making it work.”

Listen to Kendra Amalie’s Boat Ride below and find the full compilation on Bandcamp.

Read the full edition of article over at the Guide to the World of Music. 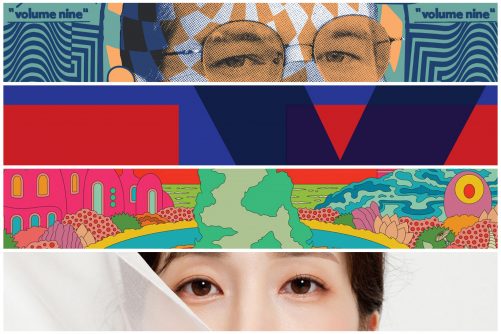