Welcome to the Guide to the Week of Music, a round-up of music news, media and releases from the wide musical world. This week, we recap Official Charts and BBC Radio 2’s Motown records Top 100, dive into the new record by jazz bassist Michael Janisch, and check out a variety of new music and visuals from throughout the world of music.

Official Charts and BBC Radio 2 teamed up over the bank holiday weekend to reveal the UK’s Official Top 100 Motown Chart, celebrating the influential record label’s 60th anniversary. The new chart accounted for modern music consumption methods, such as digital download sales and streaming, ultimately returning Stevie Wonder’s 1973 classic Superstition as the no.1 record. While Superstition peaked at no. 11 back in the day, Official Charts suggest that, ‘the track’s popularity has endured over the years’.

Stevie Wonder features twice in the top ten, second only to the late Marvin Gaye, who has three tracks in the top ten, including his 1966 soul hit with Tammi Terrell, Ain’t No Mountain High Enough. The full top 100 was revealed over the course of a marathon six-hour broadcast, with messrs Charles and Nelson sharing the shift three hours each.

Check out Craig Charles’ part one here, featuring music by The Supremes, Smokey Robinson & The Miracles and The Temptations. 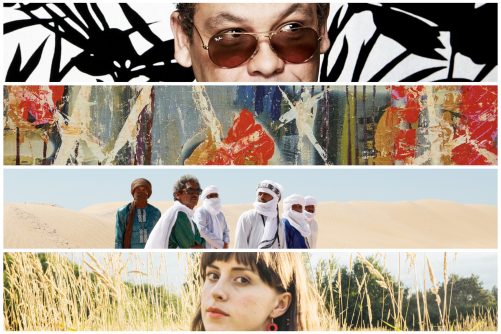