Welcome to the Guide to the Week of Music, a round-up of music news, media and releases from the wide musical world. This week, we’ve plenty of sights and sounds from closer to home, including news of Strawberry Guy’s new record deal, Alex Bone’s jazz prize win and Nev Cottee’s fantastic new LP, but plenty of music and visuals from further afield too! Dig in.

Strawberry Guy, whose lo-fi pop masterpiece Without Youhas racked up millions of views across streaming platforms, this week inked a deal with the Manchester-based independent label Melodic Records. The singer and songwriter, who originates from Liverpool, joins a roster currently including W. H. Lungand Working Men’s Club, amongst others. We’re thrilled to see that the deal was done over the Picturehouse piano, which has been something of a good luck charm since its arrival. We’re itching to hear what’s next from Strawberry Guy, but recommend checking out Without You in the meantime.

In case you’ve not heard the ‘berry’ good news, the wonderful @_strawberryguy has joined the Melodic clan! We’ve been so excited for this one – keep your eyes and ears peeled for great things to come! pic.twitter.com/ugko4haZGO

Former Chetham’s School of Music pupil and BBC Young Musician Jazz award winner Alex Bone has been announced as this year’s recipient of the Kenny Wheeler Jazz Prize. The young saxophonist follows in the footsteps of vibes player Jonny Mansfield, who having received the award in 2018, has just released his debut Elftet album with Edition records. The win will see Bone also release music with Edition next year.

As Bone details in a recent D’Addario woodwinds short film, he hails from a musical household, with both parents musicians and his father, a saxophonist. He won the inaugural BBC Young Musician Jazz Award at the age of seventeen and now leads the fusion outfit Said Skeleton. We eagerly await future work from this rising jazz artist.

Read about this and more over on the Guide to the World of Music. 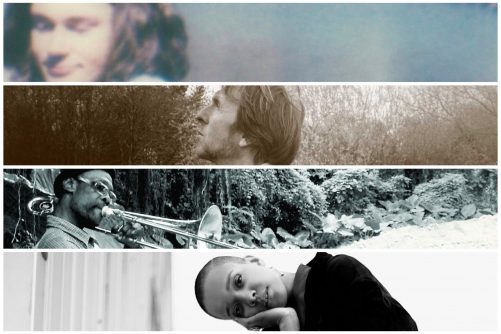