Welcome to the Guide to the Week of Music, a round-up of music news, media and releases from the wide musical world. This week, we remember the sadly-departed Dr. John, dip into some rare reissues from Selva Discos, explore the outstanding new EABS album and take in new sounds and visuals from around the world.

The GRAMMY award-winning pianist and songwriter Dr. John passed away yesterday, aged 77. A Rock and Roll Hall of Fame inductee, the celebrated artist was a champion of New Orleans’ diverse cultural heritage: drawing inspiration from Mardi Gras, Louisiana Voodoo and the travelling medicine shows of the late nineteenth and early twentieth century, for his stage persona and vibrant live shows.

Born Malcolm John Rebennack, he was initially a session musician, before crafting the musical concept the underpinned his first few albums. The role of ‘Dr. John, the night tripper’ is said to have been intended for another performer, but when the musician lined-up to play Dr. John dropped out, Rebennack took up the mantle.

Dr. John performed back-to-back nights at Band on the Wall in 1983 and will be fondly remembered for his landmark debut album Gris-Gris, his heartwarming tribute to New Orleans in the form of Dr. John’s Gumbo, and his astonishing record with funk outfit The Meters, entitled In the Right Place.

Read the full article on the Guide to the World of Music website here. 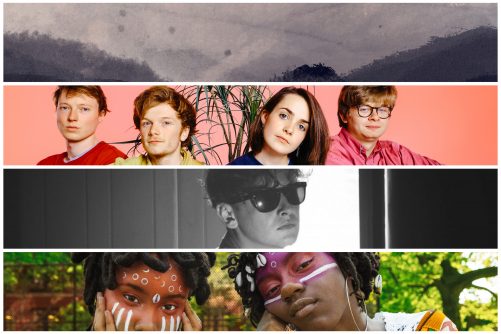 At the end of 2018, Bill Ryder-Jones released the critically…

Oshun are an independent hip-hop / soul duo and the…