Unless you’ve been living underneath a rock for the last six months, you’ve likely heard of Phoebe Waller-Bridge, the British actor and writer whose television worksKilling Eve and Fleabag have been lauded by critics and the viewing public alike.

The majority of the music featured in Killing Evewas created by Unloved: a trio comprised of Belfast-based musician David Holmes, composer Keefus Ciancia, and vocalist Jade Vincent. Although it was made years before the series, the band’s material fit the theme and flow of the program like a glove. Now, the Holmes, Ciancia and Vincent’s efforts have been recognised with a BAFTA craft award, awarded ahead of the BAFTA ceremony on 12th May.

‘That is the beauty of cinema and music’ Holmes told Lauren Laverne in a recent 6Music interview, referring the incredible fit their music was for the series. ‘A lot of those tracks we made seven or eight years ago, then someone writes a TV series, they’ve never even heard of Unloved… the whole thing’s cut together, and then they approach me about doing the music…it was almost as if Jade’s lyrics and our music were just written for this TV show.’

Watch Holmes’ and Ciancia’s acceptance speeches below and catch Unloved performing live at Band on the Wall on 12th May, supported by White Flowers and Liz Lawrence.

Read the full article over on our sister site, the Guide to the World of Music. 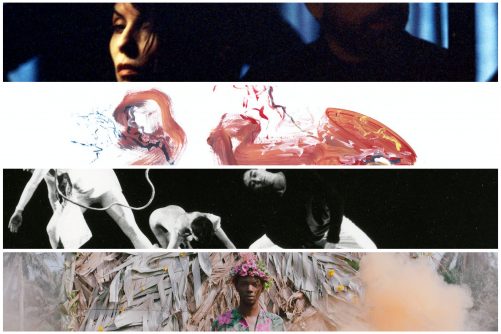