Guide to the Week of Music: The Rolling Stones Relinquish Rights to The Verve’s Bitter Sweet Symphony and more

One of popular music’s most infamous royalty disputes was announced as having been resolved this week. The Rolling Stones, who it was famously and controversially ruled should receive 100% of the royalties generated from The Verve’s Bitter Sweet Symphony, have handed publishing back to Richard Ashcroft, who will now also be credited as the song’s sole writer.

The dispute began back in 1997, when The Verve— having used a five note extract of strings from an orchestral cover of The Rolling Stones track The Last Time — were sued by Allen Klein of the Abkco company. The string sample was used as part of a larger string arrangement written for Bitter Sweet Symphony, yet The Verve still required clearance, so their management went to Andrew Loog Oldham, (one time Rolling Stones manager and mind behind the orchestral covers album that The Verve had sampled from,) for approval. This was granted, but management failed to go one step further and seek approval from the rights holders to the original Rolling Stones single. While the musical similarity between the original Stones single and the orchestral cover is recognisable, the two show audible differences as well as various different personnel being involved in the cover, which may’ve resulted in the oversight.

The saga is well documented in the below Middle 8 video, created prior to the news of this rights change. The likelihood is that the initial ruling was out of The Rolling Stones’ hands, yet it serves as a poignant reminder about exercising caution with sampling and should be used to open a wider discussion about artistic inspiration. In a statement, Richard Ashcroft thanked Mick Jagger and Keith Richards, as well as his and the Stones’ management. Music Week have more on the story, here.

Read more about this and our roundup of the week’s music news over at the Guide to the World of Music. 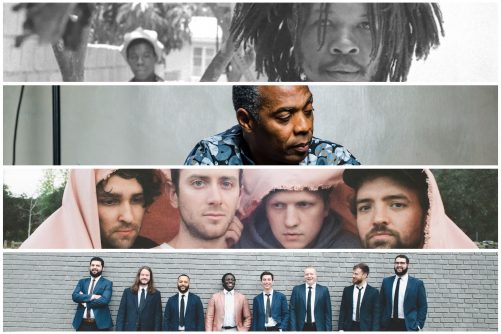