Welcome to the Guide to the Week of Music, a round-up of music news, media and releases from the wide musical world. This week, we explore Baloji’s prize-winning short film ZOMBIES, assess Laurence Pike’s new LP Holy Spring, and taken in fantastic new music from Tenderlonious, DJ Haram and many others.

Belgium-based multimedia artist Baloji has won the Principal Prize at the Oberhausen short film Festival for his fifteen-minute musical epic, ZOMBIES. Describes as ‘a journey between hope and dystopia in a hallucinated Kinshasa,’ it contains music from his well-received project Kaniama: The Yellow Version — a revised edition of 137 Avenue Kaniama presenting its material in the mixtape fashion, alongside two new tracks.

The setting alludes to Baloji’s roots in the Democratic Republic of Congo, while its subject matter — the idea that smartphones, tablets and other personal technology are leading to what the film festival termed ‘digital zombification’ — is also at the heart of the film’s aesthetic. A vibrant work crammed with subtle details, daring choreography and effective cinematography, you can watch it in full below and catch Baloji live at Band on the Wall on 29th May. 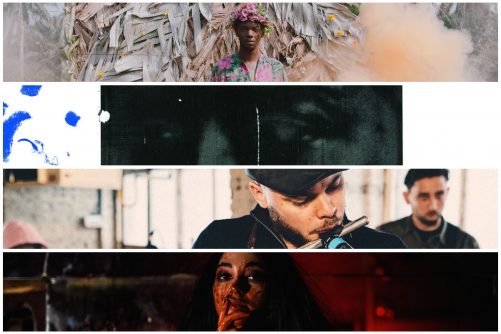