Welcome to the Guide to the Week of Music, a round-up of music news, media and releases from the wide musical world. This week, we explore the surprise release of David Brewis’ new School of Language project, the diverse new offering from Sheffield’s Mim Suleiman, and an array of fantastic new music from around the world.

Yesterday, David Brewis of the Sunderland-based outfit Field Music surprised fans with the release of a new concept album. Entitled 45, it consists of ten funk-infused tracks informed by Donald Trump’s unlikely rise through the political ranks. Released under his School of Language moniker, the album sees £1 from each sale being split between the abortion rights and healthcare groups Alliance for Choice and Planned Parenthood. The latter organisation has been at the centre of an intensifying debate recently, as greater numbers of American states adopt a hostile abortion stance, with Missouri health officials going as far as to refuse the licence renewal of St Louis’ Planned Parenthood clinic.

The rifts in that debate are just one subplot to Brewis’ dense musical exploration of Donald Trump’s political journey. The album darts between various perspectives, encompassing the roles of his advisors and lawyers, the psychologists questioning his fitness for office, and the politicians of the opposition, flummoxed by his resilience in the face of mounting efforts to dislodge him. In an accompanying statement, Brewis expresses: ‘It feels like Trump’s success has rendered in perfect detail every fault line in Western democracy – how profile beats policy, how corporate interests overwhelm the needs of ordinary people and how ethics and the rule of law are at the mercy of partisanship.’

Brewis lists Bob Woodward’s book Fear and articles in the Washington Post, New Yorker and New York Times amongst the materials that informed his songwriting. Although the album was recorded, compiled and released quickly, it is far from sounding cobbled together, with Brewis’ assured funk arrangements referencing both the artists he cites as influences: James Brown, Sly and the Family Stone and The Meters to name but three, and those who others have recognised his sonic kinship with, including Talking Heads, XTC and the late great Prince.

Stream the new release below and find out more about the anti-abortion laws that have been passed during this year of Donald Trump’s administration via Quartz.

Read the full article via the Guide to the World of Music website, here. 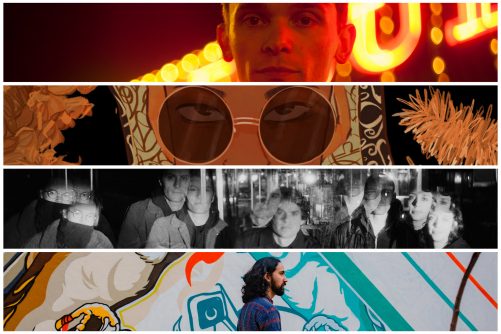 LA psych-rock band Wand come to Band on the Wall…