To pick any number of tracks from Roy Ayers’ vast, esteemed back catalogue is no mean feat. After all, during his near-sixty-year career, he has recorded prolifically — his discogs entry attributing 50 albums and more than 100 productions to him. But it is the breadth of Ayers work that is most notable – a vibes player, vocalist, composer, arranger, conductor and record producer – there’s little in music that he cannot turn his hand to. We’re thrilled to welcome Roy back to Band on the Wall for two shows this July (the first already sold out, the second on sale here) and ahead of the dates, are keen to share four tracks we adore from that rich and wondrous back catalogue of his.

Released as a two-part single in 1972, He’s A Superstar is simply put, one of the finest funk tracks ever produced. Roy plays suspended chords and locks in behind the flute melody to depth and intrigue, using poetry and vocals to convey the spiritual message of the track. Writing for Vinyl Factory, Nate Patrin said of the track: Ayers ‘makes Jesus sound like Shaft and outdoes Sir Andrew Lloyd Webber at his own pop-songs-for-Christ game.’ Sampled by DJ Shadow and Digable Planets, this funk cut is a stone cold classic!

RAMP – Everybody Loves the Sunshine

More subdued than the version on the Roy Ayers Ubiquity album of the same name, RAMP’s Everybody Loves the Sunshine was co-produced by Edwin Birdsong and placed synths further back in the arrangement, allowing for the vocals of Sharon Matthews and Sibel Thrasher to really shine. Sampled by the late footwork producer DJ Rashad and beatmaker Thelonious Martin amongst others, its ambient synth strings and clean modulations have made it ideal for chopping and repurposing, as well as continuing the track’s importance in contemporary music.

Having recently been reissued by the BBE record label, the opening cut of Roy Ayers’ seminal 1983 LP Silver Vibrations is firmly at the forefront of our mind. BBE comment that, ‘Its woozy, mysterious vibe and cosmic ruminations from Roy… have certainly endured,’ and we’re certainly still enamoured by Chicago’s perfectly placed slap bass, hypnotic climbing synth line and heavy kick snare pattern. “Whatcha gonna do, Chicago?” Roy purs rhetorically, adding suave vocal motifs to the track. A classic dancefloor vibe that you’ll never tire of, that’s for sure.

This instrumental cut from Roy’s soundtrack to the 1973 film Coffy hears him soloing with verve and control, on top of a casual funk groove. Reverb-drenched alternating guitar notes create polyrhythms with the bass and keys, as a fierce backbeat rolls underneath it all. Ayers really made the soundtrack his own, producing, composing, arranging and conducting on the project, not to mention laying down vocals on the title cut and sultry funk number King George. Reportedly a cinema favourite of Quentin Tarantino, Coffy is a film undoubtedly of its era, but one accompanied by some timeless music. 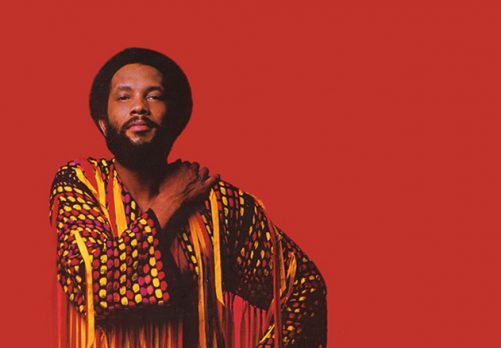 **SECOND SHOW ADDED DUE TO HIGH DEMAND!** Everybody loves the…

Everybody loves the sunshine! The iconic funk, soul and jazz…