Winning the 1997 Mercury Prize and MOBO award for Best Jungle Act catapulted Roni Size, Reprazent and the New Forms LP into the media spotlight. Yet, the Bristol-based DnB producer/DJ wasn’t an overnight success — he had been honing his craft for years up until that point, co-founding the Full Cycle label in 1993, having his record played in clubs and at raves in the South of England, DJ’ing in many spots himself too — in the run up to that pivotal year. Today, he is one of British DnB’s biggest names, with his classic productions a touchstone for fans of the genre. Ahead of his return to Band on the Wall on 31st May, here are four tracks we adore from the man himself.

One of the earliest Full Cycle releases, Music Box actually got its first pressing when the label was still named Full Circle, born out of the Circus Warp collective of party throwers. Roni Size worked with DJ Die to create a track with layered breaks, delicate Wurlitzer keyboard tones, and a distinctive pitched-up vocal shout. Perfectly programmed parts and a considered song structure make it one early jungle’s classic cuts.

‘Out of this record came Brown Paper Bag’ Roni Size stated in a 2018 interview, explaining that he made the New Forms cut midway through completing this remix, and presumably applying some of the same creative processes to both tracks. His flip of Nuyorican Soul’s It’s Alright sees him dissecting the piano part, underpinning the vocals and rhythm parts with ambient solina strings and energetic breaks.

One of many outstanding cuts on the New Forms project, the title track features Bahamadia’s cool and collected rhymes, simple yet brilliant bass programming and a break less frantic and punchy than those often heard in DnB, but perfect for the track. By the time the chorus drops with its gorgeous chords and “feeling, so high” refrain, every listener is there, absorbed and amazed.

Since the nineties, Roni Size has continued to release great music, and his track Rock the Boat is testament to that assertion. A crystal clear, punchy production, Rock the Boat takes shape around orchestral stabs, a warm breakbeat and swirling synths, before its distinctive, percussive synth bass pattern kicks in. Hailed as a triumphant return and rekindling of the Full Cycle sound, it’s a one of Roni’s finest modern productions. 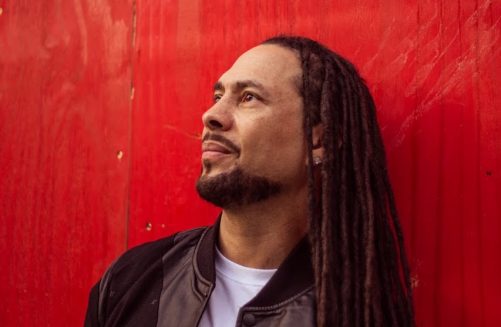 Roni Size's whole life has been about building something new…