Renegade Brass Band on recording at Abbey Road, developing their sound and returning to Manchester

Introduced by Craig Charles as one of his favourite brass bands of all time before their recent set at the 6Music Festival, Renegade Brass Band have struck upon a winning combination of hip-hop, funk and electronica during their decade-long career. Fronted by MC V3xation and shaping their arrangements around the talents of 8 horn players, two percussionists and a DJ – they have refined a sound with power and finesse that is as well suited to the club as it is the hi-fi system. The band have played Craig Charles’ Funk & Soul Club before and are eager to make their return this month, as they prepare for a third album and development in their sound. Ahead of the show, we picked the brains of various band members about the tricky job of running a large ensemble, the joys of recording at the world’s most famous studio and the importance of keeping up with current affairs.

You recently played to a packed Invisible Wind Factory for the 6Music festival in Liverpool. What was that experience like, on and off the stage?

Matt Jones (DJ): ‘The full live broadcast was a surprise. It was only after seeing ‘Do not swear posters’ that I realised it was all going out, the whole gig too!’

Nick Hart (trombone): ‘The energy in the crowd was great, so it quickly became more like a normal show – though it definitely made us push our playing and really concentrate on it being a great show to both the crowd and the radio audience.’

Andy Nesbitt (trumpet): ‘The festival was great – a brilliant atmosphere and so much amazing music. A real pleasure to be part of.’

Last year’s Abbey Road Session 12” truly encapsulates the RBB sound. How was it that you came to use those famous facilities, and were your preparations fastidious in order to track all the material in a single day session?

Andy Cox (Baritone sax): ‘We got the opportunity through a friend of the band, who engineers at Abbey Road Studios – obviously everyone knows the history and reputation of the studio, so we jumped at the opportunity.’

MJ: ‘We knew it was an opportunity of a lifetime so made a plan of attack. It’s useful being with the same band mates for years so it wasn’t difficult to get into the flow of things and blast through our repertoire.’

AN: ‘We wanted to do something a bit different with our session there, to really mark that day in the band’s history – all the takes were live, and you get a different energy and feel to the music outside of our other studio albums.’

In terms of record making, what’s the next logical step from recording at Abbey Road? Are you thinking about other recording environments, perhaps something completely off the wall, to follow that session?

MJ: ‘We have a great mix of players and writers which gives us all sorts of possibilities. At the moment, we’re looking at how we bring more electronics into our sound, but still keeping that live energy.’

AC: ‘We’re definitely concentrating on honing our sound as we write and prep for the next album – third album in, we feel it’s a chance to really push ourselves and hopefully make something that excites existing fans and new ones too.’

Politics and environmental issues are on the mind of many British artists at present. Do you, as a band, keep up with what’s going on, and have recent developments inspired a creative response or sparked any ideas?

AC: ‘You can’t really escape recent political events, and so even if it’s not explicit, it definitely impacts our writing and the sorts of themes we see and hear when we’re creating music.’

AN: ‘We are very engaged politically as a group, and I’m sure it’s not hard to guess our thoughts on lots of things!’

In Quincy, Quincy Jones talks about taking a job at Mercury records to tackle the $145,000 of debt he incurred touring his big band in the in early sixties. As a leader of large ensemble in the modern era, do you have to be cautious to ensure the band pays for everyone involved and if so, what’s the key to keeping things steady?

AN: ‘It’s definitely at the back of my mind, but so far we seem to have got the balance right – knowing the bottom line, and being able to see our whole touring schedule allows us to budget for things like recording, releases and videos, which are such a part of promoting the band and bringing in extra money. It’s obviously expensive touring a band of this size, but the benefits of that musically definitely outweigh the headache of travel and hotel costs!’

We’re excited for your return to Band on the Wall, performing live at the Craig Charles Funk & Soul Club. Without giving too much away, what do you have in store for the set? Any new or rare material, any covers or surprises?

AC: ‘It’s going to be really great to get back to Band on the Wall – we’ve had some terrific nights there, particularly alongside Craig Charles. It’s always a pleasure to be on the bill with him, and we’ve been lucky to do that all over the country – but Manchester definitely has a special feel!’ 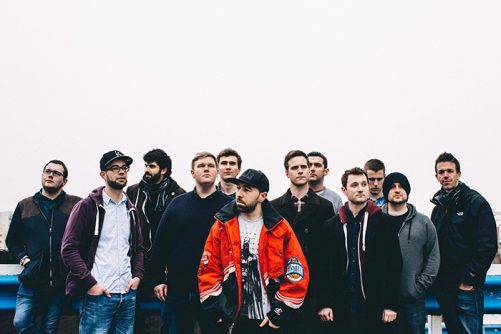