Guide to the Week of Music: Cedric Burnside Gets Bluesy with Jools

Welcome to the Guide to the Week of Music, a round-up of music news, media and releases from the wide musical world. This week, we explore Altin Gün’s new LP Gece, share the awesome Cedric Burnside’s BBC session, and explore new sounds and visuals from SOAK, Snarky Puppy and others.

Mississippi bluesman Cedric Burnside made an appearance on Jools Holland’s BBC Radio 2 show earlier this week, performing a track live in the studio with the pianist and presenter, while discussing some essential cuts from his latest LP, Benton County Relic. Described by Jools as ‘a new Blues legend in his own right’ – he is notably the grandson of R. L. Burnside, who helped to define the Hill Country Blues sound of Mississippi’s northern region. His grandfather’s influence upon him was — and remains — significant, sparking his interest in the music of generations prior to his and leading him to a position where today, he includes at least one song R. L. used to play on each of his albums, in homage to musician he terms his ‘big daddy’. Catch up on the session and interview here ahead of Cedric’s visit to Band on the Wall on 28th May.

Read the full article over at our sister site, the Guide to the World of Music. 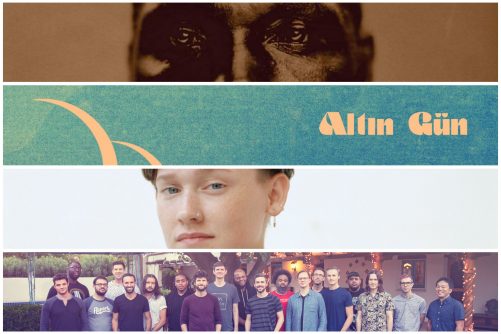