‘I’m not in search of the perfect beat’: a conversation with DJ Norman Jay MBE

Few DJ’s can claim to have impacted British culture as significantly as Norman Jay MBE. Born in Notting Hill to West Indian parents, his appreciation for music of black origin began in his early childhood: via his father’s jazz collection and the ska, blue beat and soul records he was entrusted to buy for family occasions.

As his knowledge grew, so too did his affinity with music from the US. When he arrived in New York in 1979, he was fortunate to witness the city’s thriving disco scene and able to translate its energy to his Good Time Sound System, back in the UK. He brought funk, soul and disco styles to the Notting Hill Carnival shortly thereafter – a risk that paid dividends for the headstrong tastemaker – cementing his place in its festivities from that point on.

But the carnival was just the beginning. When the pirate radio phenomenon rolled around, he was again in the thick of things, broadcasting house sets on Kiss FM and delivering their first legal broadcast in 1990. When he and Gilles Peterson put their heads together, Talkin’ Loud records was born, an integral part of the Acid Jazz movement that launched the careers of many talented British artists.

Having witnessed such momentous musical events, seen trends and technologies come and go – we were keen to ask what Jay feels defines, or is the essence of, his DJ’ing today.

‘I love the fact that the crowds I seem to appeal to, have a genuine love and appreciation of most types of music.’ he answers. “I don’t know who invented this ‘jack of all trades, master of none’ but that’s a big misnomer,” he exclaims, ‘I’m comfortable and competent with any form of black-based music: from fifty years ago up to next week!’

Relating those feelings to his long standing relationship with Manchester, Jay adds ‘I do the house thing, the rare groove thing, the acid jazz thing, the 60’s/mod thing – it’s great. I’m really chuffed and honoured that I get invited back to the city to play at so many different venues…I can honestly say I’ve never had a bad gig in Manchester.’

His confidence isn’t misplaced. Jay was awarded an MBE for services to deejaying and music in 2002 – an accolade that few in his position have received and that reaffirms the lasting importance of his work. As he told the Guardian soon after: ‘…I feel immensely proud as a black British man who in some way has positively reflected the experience of my people.’ Those comments remain pertinent today, and as our conversation moves on to the coverage of the Windrush scandal, it’s clear his accolade puts the plight of those having their citizenship questioned, into context.

‘The British government are not adding to our rights, it’s our birth right, otherwise they wouldn’t have been able to make me an MBE,’ he emphasises, ‘I’m from a generation of Caribbean immigrants who were actually invited to come here by the British government, to help rebuild and run the country post-war.’ Asked if he’d like to see a wider artistic response, in light of recent work by the likes of Shabaka Hutchings, he responds ‘Yeh, but that’s all going on anyway, it’s whether the public are aware of it or want to take a greater interest in it. We don’t have to step up our game…look below the surface and we’re making valid contribution to British culture, art and music every minute of the day.’

His comments certainly ring true. Jay’s enthusiasm and personable nature are key to his discovery of music and the everyday encounters that keep him inspired.

‘I like to think of myself as a people DJ,’ he states, ‘I talk to a lot of people…when I’m in a city I don’t only go into record shops: I go into clothes shops, cool spots where you just meet good people, not necessarily connected with music’. Rather than trying to keep abreast of contemporary music, he allows these kinds of exchanges to guide his discovery. ‘Good music has always seemed to find me – I’ve never really had to go out of my way to find good music. I am aware of what’s going on around me, but not to the extent that I have to buy new records every week. I don’t stream or download – anything like that.’ As the old saying goes, ‘experience is the greatest teacher.’

London remains Jay’s home, but his connection with Manchester is deep. He recalls playing at Yellow, the night once resident at The Boardwalk and frequented by ‘long time friend’ Dave Haslam, not to mention coming to the city as a clubgoer in the seventies. ‘…I’m a scooterist as well so I go up there [to Manchester] and talk to old scooter boys, I’ve got northern soul pals there from the seventies and eighties…there’s a fantastic vibrancy, especially in the Northern Quarter, there’s a real “feel good” factor.’

Saturday 12th May will see Norman Jay MBE return to Band on the Wall for the first time in eight years and his excitement is evident. ‘Wow, it only feels like a couple of years ago!’ he says, surprised. But with his sound system nearly forty years old and his gig schedule as frantic as ever, it’s understandable that the time passes him by. Jay’s done searching and the fun can come to him: ‘I’m not in search of the perfect beat,’ he chuckles, ‘I’m in search of a good time.’. 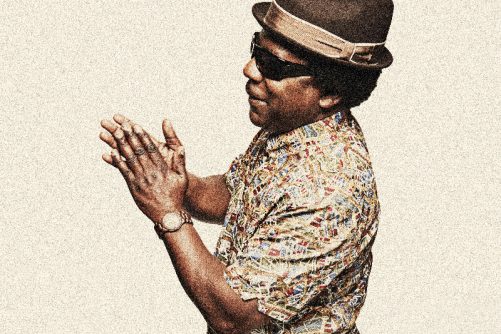 Norman Jay is unquestionably one of the most respected and… 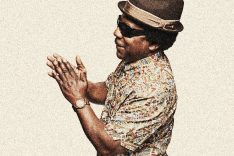